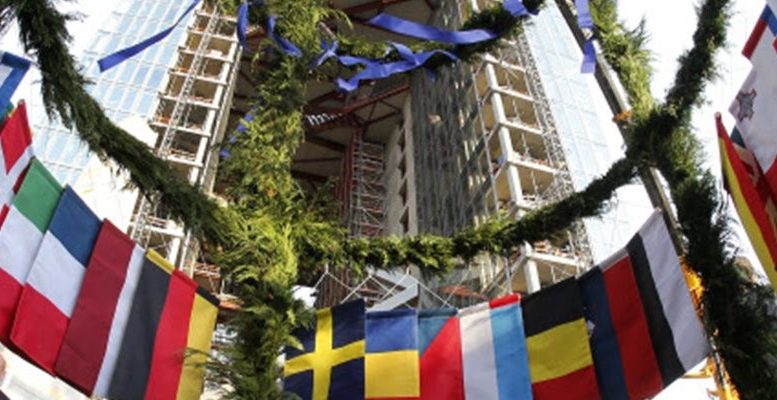 The consensus forecast that the EU will grow at about 1.4% for 2019

Federico Steinberg  via The Conversation | Recent data of recession in Italy and deceleration in the last quarter in German have sounded the alarm, although France and Spain have slightly increased their growth. It is certain that many risks exist, almost all geopolitical, which, if they came to pass, would have a negative impact on economic activity. And it is also hard to glimpse anything that would allow faster growth.

However, if we analyse these risks with a cool head and trusting in the rationality of government, companies, consumers and voters, it is not difficult to conclude that they will not come to pass.

Eurozone growth, which the consensus forecasts at about 1.4% for 2019, could be reduced by both external shocks – trade wars or a slowdown in the Chinese economy which spreads to the rest of the world – and internal shocks – a no deal Brexit or the growth in the populist political parties – which could do well in the European elections in May.

After the Euro crisis, southern European countries carried out a deep internal devaluation which allowed them to escape the intense recession thanks to a strong increase in exports. As the northern countries already enjoyed large surpluses in their current accounts, the whole Eurozone in recent years has become much more dependent on the external sector than in the past (it closed last year with a current account surplus of 3.2%).

This growth model has positive aspects, but it makes European countries especially vulnerable to a fall in exports and, of course, to the trade war which President Trump has begun.

Although last June the US and EU agreed to not continue increasing tariffs and to open a process of trade liberalisation, it is possible that in the next few months the US will decide unilaterally to impose tariffs on European cars (as it did with steel and aluminium) to pressure the EU, among other things, to open its agriculture and energy sectors to US products.

This would be bad news for Germany, the main exporter of high performance cars, and for the countries that supply the components. Moreover, it is still not known if the trade war between the trade war between China and the US will intensify and, if it does, how the tariffs will impact an ever more vulnerable Chinese economy.

And the trade war?

At the moment, everything seems to indicate that an agreement will be reached that will allow Chine to reduce slightly its exports to the US and soften its theft of foreign intellectual property. This would allow Trump to claim victory at home (although in reality the changes would be primarily cosmetic, as happened with the agreement with Mexico and Canada) at the same time reducing the danger of a trade war.

Therefore, although it would have been better never to have entered this confrontational dynamic which is so damaging to cooperative governance of globalisation, it is likely that the impact of escalated protectionism on growth in 2019 will be limited. In fact, the EU/Japan free trade agreement has just come into effect, the most ambitious ever signed by the EU, which will surely promote European exports in the next few years.

In the internal field, it is ever more concerning that 29 March will produce a chaotic Brexit. After the British parliament rejected the withdrawal agreement that the May government negotiated with the European Commission, the British government refused to seek an extension of the negotiations and the ever reduced likelihood of elections or a second referendum to overturn Brexit, the probability of chaotic departure of the UK from the EU has increased.

However, it remains most likely that a solution will be found in extremis, hours before the deadline, which will avoid chaos and open the door to a transitional period of two years in which the future relationship can be negotiated in tranquility. This will happen because the same majority in the British parliament which gave May the mandate to renegotiate the withdrawal agreement will end up approving that agreement, which the EU has said it will not modify, although it could offer clarifications or greater guarantees in the political declaration about the future relationship or the border between Ireland and Northern Ireland.

In other words, however irrational the whole process, there is no sense in the British opting for economic suicide in March when they can delay or avoid it.

On the other hand, there is the risk of populist parties increasing their power in Europe, condemning the Eurozone to an accelerated Italianisation which increases risk premia and reopens the Euro crisis. The yellow jacket protests in France, the appearance of Vox in Spain, the enormous popularity of euro-critical governments in Italy, Poland or Hungry, Brexit itself or the certainty that extremist parties will increase their weight in the European parliament after May support this thesis. But although this dynamic is negative for the ever more necessary further political, military and fiscal integration of the EU, it is very unlikely that we will find ourselves facing an unstoppable wave of populism.

There is ever more fragmentation in national parliaments (and the European parliament), which will oblige the parties to reach agreements, and it is very likely the necessary advances in the governance of the Euro will be slower than would be desirable. However, Christian Democrat, Liberal or Green parties would continue to enjoy majorities that will allow them to govern in almost all the countries, and thus elect a new European Commission without problems. And in the cases where countries are governed by anti-system parties, we already know there will be noise, tension and confrontations with the Commission.

But we also know that, as no government wants to go against the majority public opinion and raise withdrawal from the euro or the EU (Le Pen and Salvini talked of it until they realised that this narrative has an obvious electoral ceiling), they will end up pulling back.

Ultimately, although there are many political risks which could derail the weak growth in the Eurozone, it is likely that they will dissipate over the course of the year. Additionally, the continuity of Mario Draghi at the head of the ECB until the end of the year ensures that lax monetary conditions will sustain credit and favour growth. The Eurozone will enter recession at some point, but nothing indicates that it will happen suddenly this year.