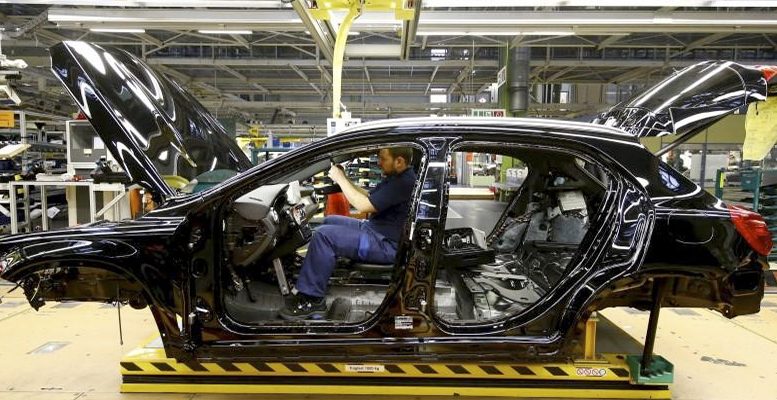 *This post was already published in Sparse Thougths of a gloomy European Economist.

Francesco Saraceno | Angela Merkel will be Chancellor for the fourth time, marking a long period of political and policy stability. In the past fifteen years Germany emerged as the model to follow for the other large economies. For since its economy has performed better, in terms of growth and unemployment, than France or Italy.

I have at discussed at length, here and elsewhere, the costs of the German success in terms of global imbalances and uncooperative behaviours. Last week I wrote a piece for the newly born magazine LuissOpen (Ad: Follow it on twitter! There is plenty of interesting content well beyond economics! End of Ad).

The piece lists, in a non exhaustive way, a number of weaknesses that can be spotted behind the shining macroeconomic results, and also argues that there is much more than labour market liberalization behind a successful economic model (including in Germany).

The original piece can be found here (and here in Italian). I copy and paste it below

Three months after his commencement, Emmanuel Macron delivered last week one of the most important, and controversial, promises of his agenda. The loi travail that will become operational in the next few weeks mostly deals employment protection, which is weakened especially for small and medium enterprises. The aim is to lift constraints for firms hiring, and thus increase employment. This first set of norms should be followed in the next weeks or months by norms aimed at improving training and employability of unemployed workers. Once completed, the package would be the French version of the flexicurity that Scandinavian countries put in place in the past, with different degrees of success.

Without entering into the details of the law, the set of norms approved by the French government, just as the Italian Jobs Act voted in 2014, is a bold step towards the flexibilization of  labour market relations that Germany has in place since the early years 2000, with the so-called “Hartz Reforms”. The German experience, and to a minor extent the first few years of application of the Job Act, can help understand how the French labour market could evolve in the next few years.

Germany in fact sets itself as an example. The argument goes that the reforms it implemented in 2003-2005, did liberalize labour markets, and since then, with the exception of the first years of the crisis, unemployment has been steadily decreasing. But in fact, this is a misleading example, because the Hartz reforms were embedded in a complex institutional setting, which goes well beyond labour market flexibility.

First, an important segment of the German labour market, the one linked to manufacturing and business services, has always been ruled by long-term agreements between employers, workers, and local work councils. For these insider workers a system of work relations was in place, in which highly paid workers acquired skills through vocational training (within or outside the firm), and were protected by an all-encompassing welfare system. Vocational training created robust bonds between the firms, that had often invested substantial resources in the training, and the workers, whose specific skills could not easily be transferred to other sectors or even to other firms.

At the turn of the century, globalized markets coupled with the aftermath of the reunification, exerted a serious pressure for a restructuring of labour relations.  This restructuring happened through a consensus process that did not involve the government, and kept untouched the bond between the firm and the worker created by vocational training.

The mutual interest in preserving the long-term relationship between workers and firms in the insider markets, led to agreements aimed at reducing costs or to increase productivity without increasing turnover or reducing average job tenure. These agreements could involve on the workers’ side labour sharing, flexibility in hours and in labour mobility, wage concessions, reductions in absenteeism. In exchange for this, firms would guarantee continued investments in innovation and in the (vocational) training of workers, and job security.

It is crucial to understand that the Hartz reform did not touch the insiders market (manufacturing, finance, insurance and business, etc), that as we just said had already begun restructuring without government intervention. The reform made the welfare system less generous, while  allowing access to benefits even for workers with low earnings, thus de facto introducing incentives to low-paid jobs. Furthermore, it liberalized temporary work contracts, and made more flexible a few sectors subject to competition from posted workers (i.e. construction).

The combined result of reforms and endogenous restructuring yielded a spike in part time jobs, and an increase of employment. But it also widened the gap in earnings and in protection between workers in the export-oriented sectors and the others.

The second feature of the German system that made it resilient during the crisis is the existence of a dense network of local public savings banks (the Sparkassen). Savings bank were a defining feature of the banking sectors of a number of European countries (e.g. Spain, Italy), but have progressively become marginal. Germany is therefore an exception in that its local savings banks are still a pillar of its economy.

Local savings banks have specific public interest missions, as they are involved in the development of local communities, and in financing households and firms (in particular SMEs). The law only allows operation within the region of competence, which shields them from competition while keeping them close to their stakeholders. Similarly, the ambit of their operations is limited (for example, they face limits in their capacity to engage in securities trading or in excessively risky financing).

To avoid that these limitations hamper their effectiveness and their solidity, the banks work as a network  among them. The network exhibits economies of scale and of scope, while remaining close, in its individual components, to local communities. Furthermore, the existence of solidarity mechanisms (rescue funds) ensures that temporary difficulties of a bank are tackled without spreading contagion.

The major private commercial banks, very active in international markets, did suffer like in most other countries, were a drain on public finances, and drastically contracted their lending to the real sector. The Sparkassen on the other hand kept their financing steady (especially to SMEs) and required virtually no state aid. As a consequence, the local savings banks cushioned the impact of the financial crisis on the German economy, and their continued financing of firms is certainly a major factor in explaining the quick rebound of the German economy after 2010.

If taken together, the banking sector and the labour market institutions design a remarkably efficient system, geared towards the establishment of long run relationships in which the interests and the objectives (between entrepreneurs and workers, between banks and firms) were aligned.

But this effectiveness did not come without costs. From a macroeconomic point of view, profitability and competitiveness increased, but also precautionary savings, induced by a less generous welfare state, and by the increased uncertainty faced by workers. The “success” of the German export-led economy, that had a 9% current account surplus in 2016, is based on the compression of domestic demand, and on a labour market that is increasingly split in two, and in which inequality increased dramatically.  The low unemployment that should make other countries envious hides a massive increase of the so-called working poor. (See figure 2 here)

I would push this even further: the Hartz Reform had a strong impact on labour market dualism and precariousness, but only a minor one in explaining the resilience of the economy. A recent CER policy brief makes a somewhat similar point.

Following the Jobs Act, the Italian labour market seems to be headed in a similar direction as the German one. The recent data released by ISTAT on labour market development certified the return of employed people to the pre-crisis peak (2008), thus marking, symbolically the end of the crisis. Yet, GDP is still 7% below its 2008 level, meaning that the increase of employment happened in low value added sectors (such as for example tourism and catering), and often with part-time contracts. These are typically sectors with low and very low wages, and stagnant productivity dynamics. At the same time, wages (but not employment) increase in manufacturing-export oriented sectors. The Italian labour market, in a sentence, is heading towards the same dualistic structure that characterizes the German one. This explains why, like in Germany, Italian domestic demand stagnates; why the increase in employment is obtained at the price of increased precariousness and of the working poor; why, finally, while the numbers say that the crisis is beyond us, the actual experience of households is often different. Italy, and to a minor extent Germany, are the best proof that employment and growth do not necessarily go hand in hand with increased well-being.

Focusing exclusively on labour market flexibility, Italy and in France only imported one element of the German “model”; and probably the one that is by far the least important.  The German capacity to put in place long term relationships, the real key to economic resilience success, is lost in our countries.