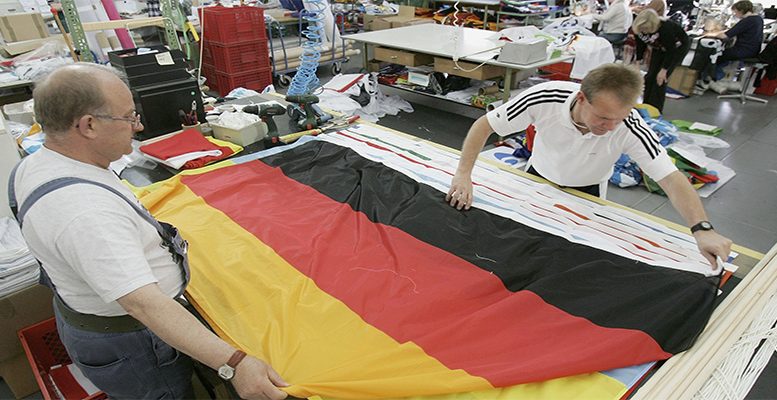 Lidia Conde (Frankfurt) | The current state of the German economy is phenomenal and supports the arguments of the optimists. Above all the labour market data are brilliant. Since 2007 it has gone from 40.3 million people in work to 45.2 million in 2019 (45.5 in 2020).

And in the same period, unemployment has fallen from 8.6% to 3.1%. Today Germany could not be doing better. It even lacks specialists. This is why there are ever more initiatives to attract foreign manpower. Albeit skilled labour, given that in Germany there are already 1.6 million people between 20 and 30 without professional training and, therefore, with minimal employment expectations. The citizens appear happier than ever with their quality of life. According to the polling institute Allensbach, 79% say they are doing well or very well. Moreover, two thirds say there is no better system than the social market model. Germany is confident of a happy new year, but is very aware of its uncertain future.

What can be expected for Germany? According to Ernst & Young, a record year of employment. 440,000 new jobs will be created, following the 580,000 created in 2018. The German economy has not stopped growing in 10 years. But the population has not let itself be blinded. Firstly because we are living beyond the possibilities of planet Earth. The Germans are very aware of this, and the Greens govern in wealthy Baden-Württemberg and is a partner in government in other Länder. How many planets would we need if all the inhabitants of the earth were to live like the Americans? – Five. And how many if they were to live like Germans? – Three. 2.9 if we were all British. 2.8 if we were French. 2.2 if were like the Chinese, according to data from the Global Footprint Network National Footprint Accounts 2018. Contemplating the whole world now, we would already need 1.7 planets. So it is no surprise that measures have been adopted, like those in Stuttgart which from 1 January ban vehicles with diesel engines which fall within the emissions norm Euro 4 or lower. Apart from the climate crisis, they are also worried by other challenges, like the policies of Donald Trump, Brexit and digitalisation. Despite nearly full employment, they worry that these crisis points will strangle the economy and the labour market. There is also the fear of the middle class – in which are found the majority of the German population – of losing their standard of living. And this at a time when the Germans are ever fewer and ever older.

The Germans are middle class. 16% of the German population belong to the upper middle class. 17 % belong to the lower middle class. 48% belong to the middle class itself. But they are not rich. The median (the value which leaves below it half of the data and above it the other half) wealth of German citizens is 61,000 Euros. The median wealth of French citizens rises to 113,000 euros, Italians 146,000 and Spaniards 160,000). The main reason is that only 44% of Germans are home owners. The majority live in rented accommodation. On the other hand, 1% of the populations owns a third of the wealth. The main reason for this concentration of wealth, according to Marcel Fratscher, President of the economics institute DIW, is the structure of German companies, in which many companies are family owned. 99% are SMEs, which generate half the wealth, offer 60% of jobs and 82% of the places for dual professional training. According to Fratscher, in general they take a longer term view of business than companies that list on the stock market, which are more concerned with the short term interests of their share holders.

It is positive that the surge in unemployment has not meant the Americanisation of the labour market. “The boom has not resulted from worsening labour market conditions. Nor from making work more precarious”. This is what is argued by Georg Cremer, Secretary General of Caritas from 2000 to 2017 and author of the book “Germany is fairer than we think” (Verlag CH Beck 2018). Cremer, Professor of Economics in Freiburg, is convinced that German politics seeks to guarantee the future of the social state. In February 2005 there were 5.3 million unemployed and only 26.3 million jobs paying social security. Today there are 32 million. It is true that there is also a lot of part time work, but in Germany many women between 20 and 40 opt for part time work to make work compatible with family life. There are also mini-jobs for 450€ per month, an option which pays neither taxes nor social security and which is used by many women, students and retired people. In many cases, the mini-job is a second job. A secondary professional activity also done by the highly qualifies middle class and retired. Many lawyers, financial advisors and architects continue working after their retirement. The retired who work tend to be highly qualified. Many of them are civil servants and teachers. According to Cremer, if the great social effort made the state is not recognised, it runs the risk of confirming the arguments of the populists who are argue that politics is not concerned with or worried about the people. The social Budget rises to 900 billion euros.