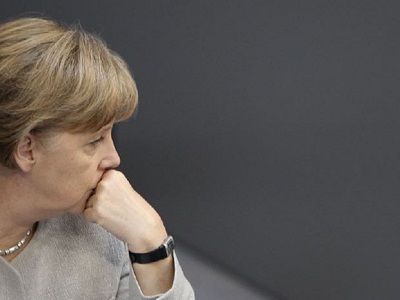 By Luis Arroyo, in Madrid | John Authers, in Trends That Don’t Seem to Make Sense, have some pertinent questions to share. The one that has attracted my attention is:

Why is the euro still so strong when at all other times a currency with so many risks would be certain to weaken? Resilience of the euro is startling and damaging. The eurozone’s crisis has been driven by balance of payments problems for the peripheral countries. They thus need a much weaker euro. And a prolonged recession should be terrible news for the euro. But it has barely given ground since the European Central Bank announced its cheap loans to banks four months ago. Why?

Perhaps because, despite the risks involved in a break-up, investors think a eurozone without Greece would be stronger. But mostly, it is the Federal Reserve’s fault. Investors think it is more likely to try monetary easing than the ECB. This weakens the dollar. The euro this year has moved on the hawkish and dovish words of Ben Bernanke.

But the first-quarter rally was based on the belief that the US economy was recovering. If so, then easy money is less likely in the US – and the dollar should strengthen. Investors cannot have it both ways. The long-term necessity remains that Europe cannot stage a strong recovery without a weaker euro.

The euro has fallen recently, but during this first quarter, it has risen again from $1.26 to $1.30 per euro. The whole of the euro zone would be better off if the euro depreciated and gained competitiveness …everyone, apart from Germany, which is bordering inflationary pressure with the lowest unemployment rate in 20 years. But why so much resistance to depreciate the euro? So strong is the confidence in our common currency? The reasons Authers points at do not appear to me as a sufficient explanation. Considering the storm Spain is going through, the situation looks very odd. I see only one probable cause of this: that, whatever happens within the euro zone, investors rely on Germany. Moreover, their distrust of Italy and Spain seems to increase their confidence in Germany, again, whatever happens to the euro.

In other words, if the euro exploded, Germany would honour its debt in euros without any doubt. There are partial details that help us to clear confusions: every time that Germany has given in to strengthen the available funds for a bailout, bund yields have risen. Which makes sense: investors deduct the cost of the rescue package for Germany. Recently, Germany refused to increase the super-fund’s capital reserve, leaving at a net volume of €500 billion. This was met with the lowering of the cost of German financing.

In short: storm over Spain with higher risk premium, the euro remains relatively strong, the German 10-year bund is at 1.74% yield… Something is not right.

Be the first to comment on "Germany is the problem"