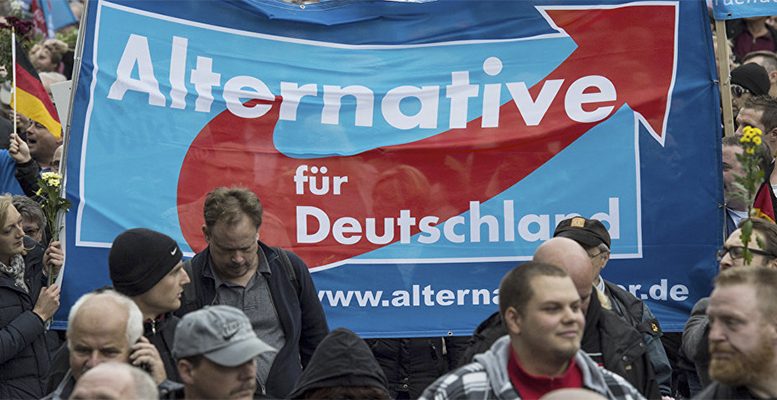 Between July 2015 and July 2018, 1.3 million people have sought asylum in Germany. The three years between the festive welcome to the refugees in Munich railway station and the xenophobic revolt in Chemnitz (Saxony) in September – after the stabbing of a 35 year old German, reportedly by foreigners – have seen an unprecedented renaissance of conservative politics. It could be a historical ideological turn, sustained by the fears, phobias and insecurities of the population.

After the Chemnitz stabbing, there was no doubt in social media about who was responsable: “Men with the appearance of southern countries”. AfD was able to convoke a hundered demonstrators. Many more followed the extreme right-wing hooligan group Kaotic Chemnitz. Their slogans: “Let´s show who has the power in the citizen”, “We are the people”, “It is the end of the system, we are the change”. And the police lost control, because the violent elements, the hooligans and the extremists were perfectly organised. “They are not chaotic, but perfectly organised people”, claimed the experts.

What is happening in the east of Germany? The head of the Greens parliamentary group, Katrin Göring-Eckardt, argues that “here exists the impresion that others decide for them. Whether it is the rich Germany of the  west, America or the migrants”. And the xenophobic and anti-system far rights is taking advantage of the situation to rebel against the democratic state. And if this were not serious enough, Chemnitz showed an even more conflictive dimension: the thousands of citizens who demonstrated along side the Nazis. In Saxony, AfD secured 27% of the vote in the latest elections.

Of course it is not only the East that is rebelling against the right to asylum. All of Germany feels itself affected by immigration. It is the fear of losing the welfare state for Germans to pay for the needs of the refugees. The majority of the refugees now attend courses in German and integration. 300,000 are working. And Petra Bendel, Professor in Politics in Nuremburg and expert in migration, calculates that in 15 years they will enjoy the same level of work integration and those foreigners who live in Germany for reasons of work.

But there is the impression that foreigners are treated better tan needy Germans. 40% of Germans have no savings because their entire income goes on food. On the other hand, an under age refugee living in residence for foreigners costs taxpayers 6,000 euros a month. Who will compete with whom in the future? Bernd Klinger, for 27 years a teacher in Munich of Germany for foreign children, writes in the Süddeutsche Zeitung: “the majority of these children think that not as many refugees should enter as they will take resources and work away from them in the future”. A million refugees live on state subsidies. According to the Finance Ministry, the State just in 2017 ill spend 21 billion euros on support for refugees and their integration.

Neverthless, there is no doubting Germany´s democratic strength. Cornelia Koppetsch, investigator in social affairs and professor at the Technical University of Darmstadt, says: “It is worrying to see how right wing populists joined with neo-Nazis to demonstrate in Darmstadt, but it is inconceivable that they could form a significant movement in Germany. Liberal democracy is well rooted in Germany and a large majority rejects racisim, anti-semitism and violence, among other reasons because of their humanist thinking.” On the other hand, Koppetsch doubts that the movement recently founded by Sahra Wagenknecht, leader of Die Linke (the left wing party in German democracy) to fight the far right has much prospect of success. The movement Aufstehen (“Rise Up”) aims to bring together disillusioned voters.