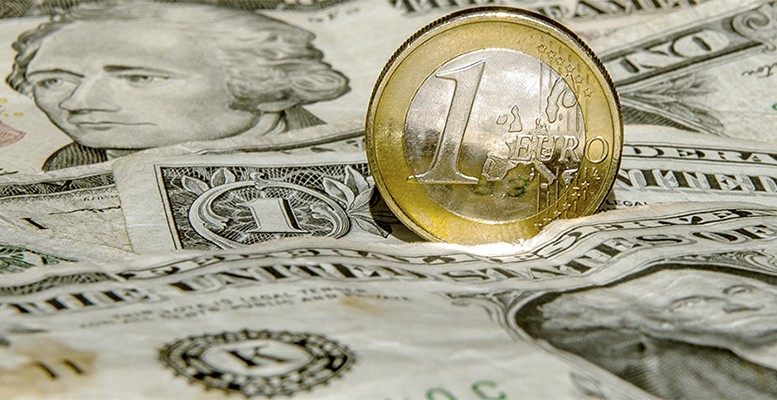 Where the euro may go in 2018 is such a central question and will have implications for global asset markets around the world. Christopher Gannatti, head of research at Wisdom Tree, thinks that “forecasting currencies is very much like putting together a puzzle”, at times requiring just as much art as data.

To help in developing a framework to think about where the Euro may go in 2018, analysts at the firm first stepped back and looked at the relative performance against the US Dollar for the last ten calendar years, as well as during the first half of 2018.

Figure 1: Performance of the Euro vs US Dollar through the years Source: Bloomberg. Periods are calendar years, beginning 31 December 2007 to 29 June 2018. You cannot invest directly within an Index. Historical performance is not an indication of future performance and any investments may go down in value.

There are three concepts that experts at Wisdom Tree tend to look at when attempting to forecast currencies.

It’s important to note that there are many ways to look at these characteristics and that none of them tells us exactly what the Euro will do.

While there are many ways to look at momentum, analysts at the firm focus on the 10-day versus the 240-day moving average (MA). Source: Bloomberg. Data is from 31 December 2007 to 29 June 2018. You cannot invest in an Index. Historical performance is not an indication of future performance and any investments may go down in value.

Currencies have historically exhibited trending behaviour, and it’s useful to know the trend and think about potential catalysts that could cause it to change in the future. Currently this points more towards further depreciation of the Euro.

Concept 2: Purchasing Power Parity, is the currency cheap or expensive?

Many have heard of the “Big Mac Index” from the Economist—the concept being that a McDonald’s Big Mac, after adjusting for exchange rates, should cost the same around the world.

Since this is rarely the case in reality, we can say that currencies are either “too cheap” or “too expensive” relative to each other, thereby inhibiting the similar pricing of substantially the same goods in different global markets.

The current Euro exchange rate (around $1.17 as of 31 May 2018) is very similar to the level that purchasing power parity says it should be. This is a trickier concept—a currency can stay too cheap or too expensive for extended periods. We’d indicate that this signal is basically neutral today.

Figure 3: Comparison of 2-Year and 10-Year interest rates between US and Germany Source: Bloomberg. Periods is from 29 December 2017 to 29 June 2018. You cannot invest directly within an Index. Historical performance is not an indication of future performance and any investments may go down in value.

In theory, global investors appreciate higher yields over lower yields, so this would point to the potential for Dollar appreciation (Euro weakness) going forward.