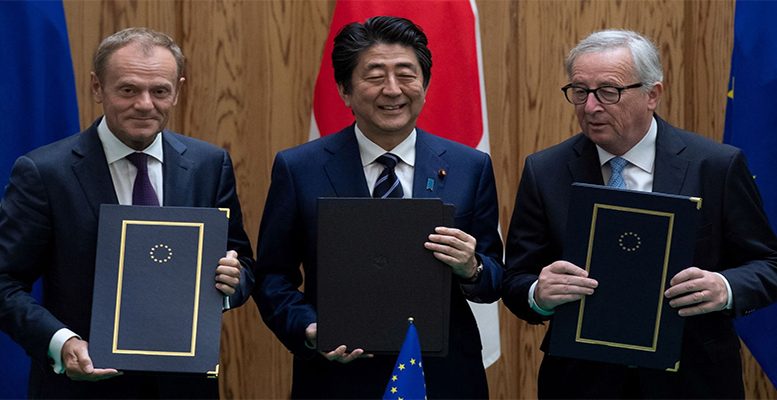 In the middle of all the trade battles of the US against the rest of the world, the European Union has considered a new strategy of collaboration with other regions and have signed with Japan its largest trade agreement ever. The deal will create an open trade zone covering over 600 million people.

Baker McKenzie partner Ross Denton said the deal signed Tuesday sends “a very strong signal to the US Administration that the EU and Japan, two major trade partners of the US, both see the benefits of removing barriers and reducing, not increasing tariffs.”

“Both sides have granted concessions to the other (eg Japan on agriculture, and EU on cars), and come up with a balanced outcome that will give world trade a significant boost at a time of marked uncertainty,” he said.

Mr Denton added: “There will of course be strong pressure on the UK to replicate the EU’s agreement with Japan as part of its own web of new bilateral trade agreements.”