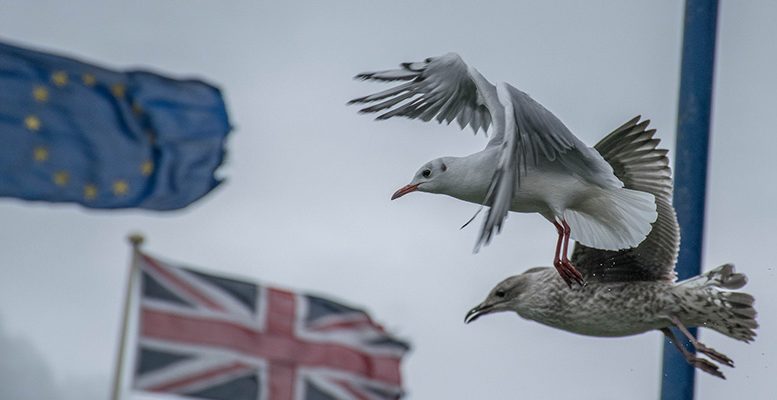 Is there any probability that in the end there is no Brexit?

What will happen? Is the debate more economic or political? What probability is there that in the end there is no Brexit? In principle, a spokesman for the British Prime Minister, Theresa May, said on Monday there will be no second referendum on Brexit under any circumstances. Furthermore, May managed to take forward her proposal of soft Brexit, even though with a new resignation of his defense minister.

According to the economist at Morgan Stanley in the UK, former Treasury Secretary of Tony Blair, there is a 60% chance of a soft Brexit or “partial integration of the UK in the EU”.

Transition probabilities for the UK: A soft Brexit would be a hybrid which would mean that goods would remain part of the EU moving freely, but services would no longer be within EU agreements because the free movement of people would not be allowed.

If we were in a scenario where there were a greater probability of a hard Brexit, the economic cost for the UK could reach up to 8% of GDP, as opposed to the 1.6% which Morgan Stanley estimates for a soft Brexit. But the cost of a hard Brexit for the UK is not just economic. The cost is also the risk of the fragmentation of the UK. For example, with a hard Brexit, what happens with Northern Ireland? This is what May is trying to avoid.

Although, according to the models of Morgan Stanley, a hard Brexit only has a probability of 10%, the uncertainty and risk will increase as May’s negotiations with the EU in October approach. If there were no agreement in the European Council in October, May could end up making more concessions which the Brexiteers could use to try to get her out.

May already has severe political difficulties at home. She secured Cabinet agreement to her proposal for a soft Brexit. But subsequently both the Brexit and Foreign Secretaries resigned in protest. Other ministers have followed. President Trump threatened that the terms of her proposal could rule out a trade deal with the UK. She secured parliamentary approval for key customs legislation, by the slightest margin, but only by making concessions to the Brexiteers that render her proposal less acceptable to the EU. If May survives until the autumn, it is not clear what kind of soft Brexit deal she could get through Parliament.

That said, the principal scenario of Morgan Stanley is a soft Brexit with which we would have a more hawkish Bank of England in the medium term, with the pound sterling recovering and domestic shares rising,