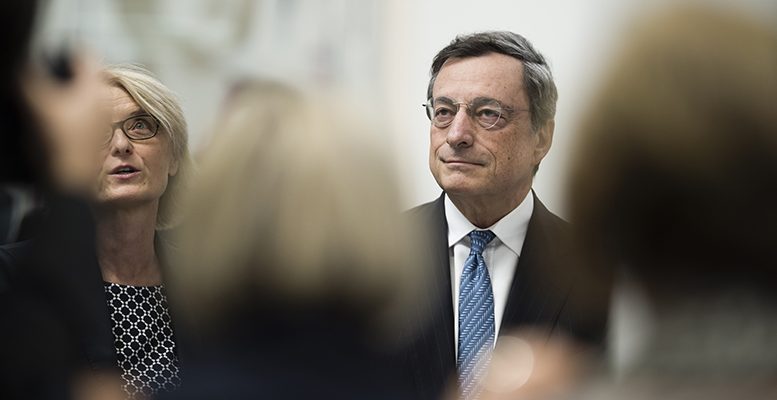 Six years ago in London, European Central Bank (ECB) President Mario Draghi made the famous pledge that the ECB would do “whatever it takes” to maintain the unity of the Eurozone. This speech marked an important turning point in the crisis. For economists at DWS, “it is time to remember the hidden costs of saving the Eurozone.”

The European monetary union was an attempt to create a monetary area without a common fiscal policy, without a common banking sector, without common social-security systems, and so on. The entry into the euro required a high degree of discipline from the member states. As we have now found out in the run-up to the 2008 crisis, many countries were not willing or politically able to demonstrate this, notably when it came to their government finances. During the first decade of the monetary union, this led to increasing imbalances. Financial markets tolerated this for far too long. However, when the breaking points became increasingly visible in the early years of this decade, the loss of confidence led to an increase in risk premiums and thus in refinancing costs. For some countries, this threatened to suffocate their economies. Despite countless summits, politicians failed to put out the fire. This was the environment in which the ECB President eventually took the initiative and brought about a turning point in the crisis.

Since then, risk premiums have declined and financing conditions have eased again, which is particularly true for public-sector debt. As the “Chart of the Week” of analysts at DWS demonstrates, the Italian finance minister needs to spend about a third less on servicing public debt (compared to GDP) than in 2000.This is all the more remarkable given that Italian public debt has increased from 105% to 132% of GDP over the same period. The German finance minister and his French counterpart have had to allocate less money to servicing interest payments in their budgets, too. Sparing us the economic, social and political costs of a messy euro breakup, which would have certainly triggered a severe recession, was highly welcome. However, as always in life, “there is a price tag attached to it: the boundaries between economic, fiscal and monetary policy have become blurred to an extent we could not even have imagined 10 years ago, analysts at DWS say.

This further complicates fiscal and monetary policy in the already complicated post-crisis period. At some point in the future, that could well give us a headache. More progress, notably on the integration of European capital markets, would be highly welcome.