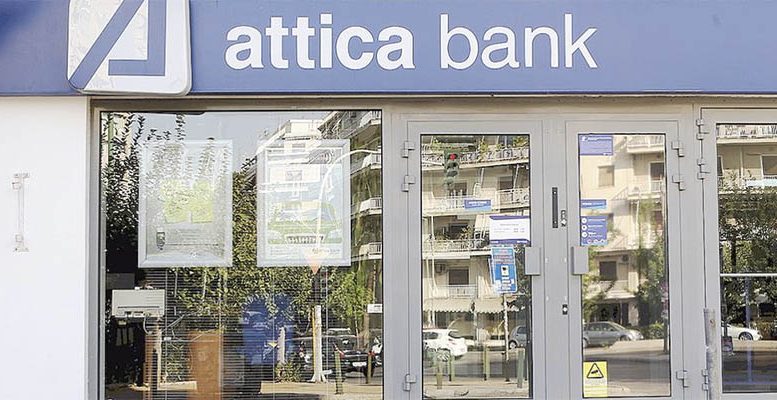 Manos Giakoumis  via Macropolis | The Engineers and Public Contractors Pension Fund (TSMEDE) found itself in the spotlight over the last few days as a result of being the major shareholder in Attica Bank, which faced a number of issues related to corporate governance and lending activities, according to an investigation carried out by the Bank of Greece (BoG).

Following an Extraordinary General Meeting on September 20 and the election of a new Board of Directors, the BoG welcomed this development as an important step towards an overhaul of the bank’s corporate governance framework. The central bank also lifted the previous restrictions on granting new loans.

In addition, following a request by the parliamentary committee investigating lending to political parties and owners of media companies, the BoG handed over to the committee’s chairman on September 22 the report it prepared with the help of the European Central Bank’s Single Supervisory Mechanism (SSM) on Attica Bank’s lending activities in recent years.

TSMEDE was established in 1934 and retained a very healthy ratio of pensioners versus insured of 1:7 until the beginning of the crisis. In 2008, it was consolidated into the United Fund of Independent Employees (ETAA) along with the pension funds of doctors (TSAY) and lawyers (TAN).

According to the latest official data, the number of pensions granted by TSMEDE stood close to 27,000 in July 2015 at a monthly cost of 30 million euros, while the number of insured reached almost 112,000 at the end of 2012.

TSMEDE remains one of the few Greek pension funds, along with TSAY, that still does not run a deficit, according to Labour Minister Giorgos Katrougalos.

TSMEDE entered into Attica’s share capital in June 1997, when former Emporiki Bank transferred part of its share to TSMEDE and the Consignments and Loans Fund.

Attica has repeatedly stressed since then that its greatest advantage was its relationship with engineers and their pension fund (TSMEDE) and it targeted this particular clientele by offering a wide range of tailored products.

The next significant development in TSMEDE’s shareholding in Attica took place in June 2013, when the bank completed a share capital increase of 200 million euros. This made Attica the only bank that was fully recapitalised without the participation of the Hellenic Financial Stability Fund (HFSF).

At that time, TSMEDE’s share in Attica increased to 50.67 percent from 42.87 percent, meaning that TSMEDE covered more than half of Attica capital injection.

TSMEDE’s stake in Attica further increased to 56.25 percent after a capital increase of 681 million undertaken by the bank in December 2015 that covered 91 percent of the capital needs (under the adverse scenario) of 748 million identified by the BoG’s comprehensive assessment. This means that TSMEDE injected again more than half of the capital Attica raised from private investors.

According to TSMEDE, its total investment in Attica reached 810.72 million euros, of which more than 450 million was placed in 2013 and 2015. The acquisition cost of the 1.32 billion Attica shares currently controlled by TSMEDE corresponds to 0.62 euros per share.

Following the sharp drop in bank stock prices in recent years, Attica share price currently stands at just 0.04 euros, implying TSMEDE has lost 93.5 percent of its investment. In absolute terms, the market value of TSMEDE shareholding in the bank currently comes to only 52.64 million, while revaluation losses reach 758.1 million euros.

A close look at TSMEDE’s wealth and its evolution reveals some important findings on the asset allocation as well as on the devastating impact on its reserves from the nosedive of Greek securities.

According to TSMEDE’s latest official figures, its wealth stood at 2.03 billion euros in April 2016. The bulk (82.3 percent or 1.67 billion) is placed with mutual funds, namely the Collective Investment Fund (CIF) of social security entities, which is managed by the BoG.

TSMEDE’s equity portfolio amounted to 176.22 million euros in April, when its share in Attica was worth 155.28 million, making up 8.7 percent of total wealth. TSMEDE, though, has recorded huge revaluation losses from its equity, mutual fund and bond portfolio holdings. This means that a considerable part of its reserves has evaporated and there is no sign of a meaningful turnaround in the foreseeable future.

The fund’s total investment in equities stood at 938.57 million euros. Their market value of 176.22 million in April entailed a nosedive of 81.2 percent and revaluation losses of more than 762 million.

The equity shareholding losses, only due to Attica, have further risen by around 103 million since April.

However, TSMEDE’s biggest revaluation losses of 1.52 billion euros stem from mutual funds, since the initial investment of 3.18 billion has tumbled 47.7 percent to 1.67 billion in April. The bulk (1.43 billion) of those losses stemmed from the PSI, according to a BoG document submitted to the Parliament in August 2012.

Moreover, the market value of its bond portfolio stood at 29.94 million in April compared to a nominal value of 99.25 million, implying a nosedive of 69.8 percent and revaluation losses of 69.3 million, also largely due to the PSI impact.

Summing up, the initial investment of 4.22 billion in mutual funds, equities and bonds, was worth only 1.87 billion last April, meaning that more than 55 percent or 2.35 billion of TSMEDE reserves have been wiped out in recent years.