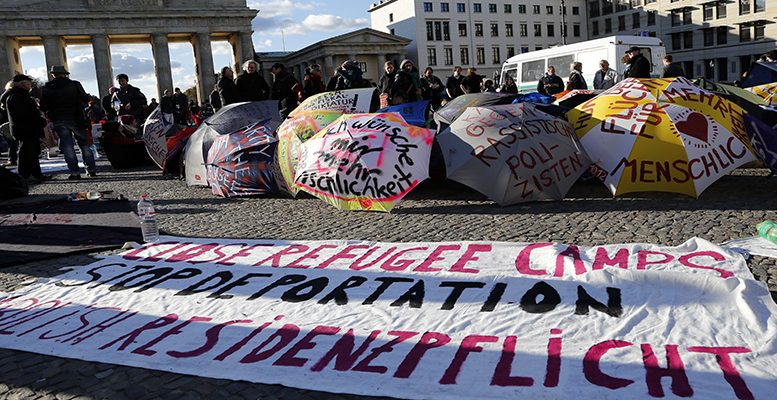 Inmigration in Germany is not a new topic. The country is the second most popular migration destination in the world, after the United States. In fact, some 11 million of the people currently living in Germany were actually born elsewhere. The controversial refugee movement and now last poor German demographic trends published make immigration resurface as an opportunity to boost German’s potential growth.

As reported by analysts Evelyn Herrmann and Gilles Moec from BoAML the population in Germany started to decline in 2003/04. They show Destatis’s projections of Germany’s demographic ageing over the next 10 years.

These forecasts include net migration of 200K/year. This comes with implications for public and private pension schemes and could mean slowing potential growth from currently c.1.5% to below 0.5% over time (see our year-ahead). Net migration of c.700K in 2017/18 and north of 1mn after 2020 would be required to offset weak underlying demographic trends.

Germany has long been an immigration country

Large migration flows into Germany are not a new phenomenon. But Since the global crisis, net immigration into Germany has reached highs through a combination of worker migration, and refugee movements, which are two very different phenomena with distinctive challenges, but could both come with substantial labour supply and thereby potential growth benefits for Germany.

The refugee crisis has played a large but not exclusive role. Intra-EU worker migration picked up to 0.3-0.4% of Germany population per year during this period due to a combination of much better job prospects in Germany than elsewhere and the elimination of labour movement constraints on Eastern EU member states for seven years following their EU accession in 2004.

The refugee crisis is a demand shock, forcing a fiscal response to cope with administrative procedures, provide accommodation, food, shelter, healthcare and integration measures. In 2016, some EUR22bn (0.7% of GDP) was spent on meeting these needs, and thereby also bolstering German growth. Public spending is likely to persist, although at somewhat smaller scale, continuously providing economic growth support in the short-to-medium term. In the longer term, refugees could lift potential growth to the tune of 0.2ppt for the EU as a whole, and possibly a little more than that in Germany alone. This, however, will depend on successful integration into the labour market.

For intra-EU worker migration, we have a relatively clear indication of successful integration in the German labour market. Eurostat data shows that participation rates among EU citizens in Germany are high (80% in 2016 vs 79% among Germany citizens). The unemployment rate is low (4.7% in 2016 vs 3.7% for German citizens) suggesting a smooth and rapid integration into the employed labour force.