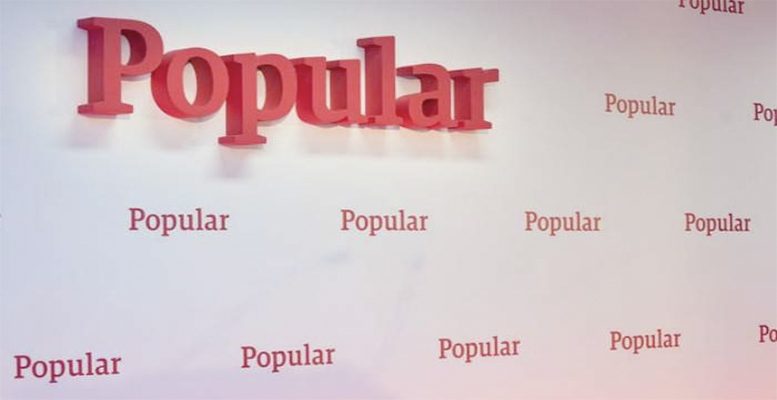 Popular has hugely damaged the reputation of the Spanish banking sector and its European counterpart after reformulating its 2016 accounts just two months after making them public. Investors are penalising the listed banks as the sector’s credibility is once again being questioned.

They say that one black chick pea doesn’t ruin a stew, but the market is once again casting doubts on the health of the European banks as a whole. And in fact on Monday, coinciding with Popular’s crisis, European banks fell 2%. That said, they have still chalked up gains of 6% so far this year.  There are various US law firms preparing class action suits against Popular (Pomerantz, Rosen Law, Khang & Khang and Bronstein, Gewirtz & Grossman).

The possible claims from private investors will accuse Popular of having failed to comply with specific SEC regulations and/or having provided alleged false information to shareholders. In general, analysts believe the extent of this issue is unpredictable (as is the case with all legal matters). But it’s still at a very preliminary stage as, for the time being, the law firms are investigating whether or not their are any basis for claims.

But all the blame doesn’t lie just with the bank headed by Emilio Saracho.  Analysts say some investors have been locking in profits at the end of the quarter, but that there are a lot more who don’t have a clear vision of the sector’s situation. Both EBA and the Single Supervisory Mechanism have recently insisted that their priority is to solve the serious problem of the huge amount of unproductive assets in the system. The Eurozone banks made significant efforts in this area in 2016, reducing doubtful assets by 54 billion euros to a total of 921 billion. But in some countries and, above all, in the case of certain lenders, there is still a huge amount of work to be done. And finding solutions is an urgent priority.

The measures planned to correct the high level of unproductive assets include an improvement in legislation, strengthening the legal processes to ensure a faster and more efficient management of loan recoveries. There is also the idea that banks should increase their coverage of doubtful assets and improve their management systems.

However, experts believe the main priority should be to make progress towards creating an efficient secondary market. Up to now, this market for the sale of assets has not worked well for the following reasons: (1) the huge diversity in the definition of doubtful assets in different countries; (2) the asymetric information relative to the debtor’s solvency, given that the banks and their borrowers have more information than investors; and (3) the lack of liquidity in the markets.