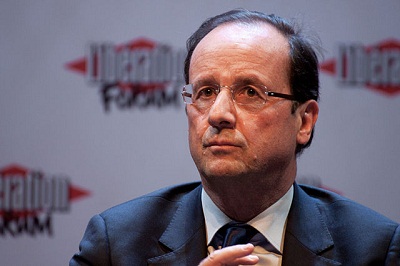 President François Hollande made as many promises as European politicians accustom to lure their voters with during election campaigns. In one occasion, the French leader vowed to create up to 80,000 jobs in the private sector and hire 60,000 more workers in the education department alone. Right now, this would come handy to tackle the country’s rising unemployment.

Last June, the headline number of jobseekers in France jumped significantly for the 14th consecutive month. It did so by 23,700 (a +0.8 percent month on month, but +7.8 percent year on year). Also, the increase of 33,300 recorded in May had been the highest monthly increase since October 2009. If Hollande knows of a plan, it would be timely to put it in practice right after the summer break.

Since March 2008, the number of jobseekers has been on an upward trend and has even accelerated over the past few months to reach the highest level, 2,946,000, since August 1999 for Category A. It hit an all-time record of 4,396,000 for Category A, B and C, which include those with temporary jobs searching for a permanent position.

“Looking ahead, we see little room for improvement as growth is expected to remain low and business behaviour extremely cautious,” analysts at Barclays Capital said in an economic comment.

“Unemployment is expected to continue to rise and peak in the middle of next year just short of 10.6%.”

Earlier this year, the Unedic (unemployment insurance body) announced that it expects the number of people out of work in France to rise by 214,500 by the end of 2012, taking the headline unemployment figure to 3.07 million. French carmaker PSA Peugeot Citroen and Air France told employees that they plan to eliminate 8,000 and 5,000 jobs from their French workforce as they need a return to profitability.

In total, labour unions see companies cutting as many as 45,000 jobs in the months ahead. Life isn’t getting any easier in the core euro zone.