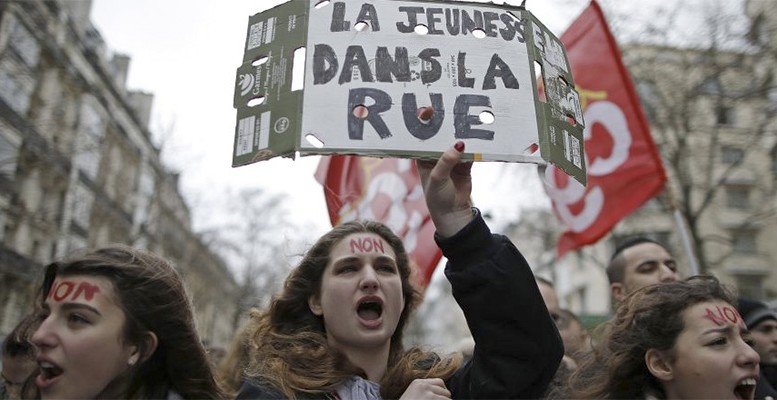 F.Barciela. F.G. Ljubetic | Labour refoms in Spain are being so successful that few governments in Europe are now left doubting the need to change their labour market laws if they want to reduce unemployement figures, still over 10 per cent. In fact, the Wall Street Journal recently recalled that ‘the Reforms That Saved Spain Could Also Save Europe’.

Right. Everybody is astonished with the outcome in Spain. The International Monetary Fund and the European Commission have once again revised upwards their growth forecasts for the Spanish economy. At the same time, they have lowered the growth forecasts for the eurozone as a whole, widening the difference between the two. And both organisations believe this is due to the regulatory changes in Spain’s jobs market.

No wonder Brussels has asked for more of the same. The European Commission has welcomed the Spanish economy’s strong rebound in recent years, thanks to the reforms. But it has also warned of the risk that a halt in these reforms, or a slowdown in the pace of their implementation, would have on this recovery.

Other countries are now looking to carry out labour market reforms similar to those in Spain. This the case of Italy, Belgium and mainly France, which is considering how to embark on reform. However, this is not so easy.

We could say that job market reforms, even when successful, are dangerous for governments. Spain is one of the fastest expanding economies in the euro bloc, with 3.5 per cent growth in 2015 due to the Rajoy government’s courageous economic reforms. But in the end, this has not been sufficient for him to win enough votes to form a new government.  December’s general election left him without an outright majority. And worse than that. Rajoy’s labour reforms have been rejected by the socialists. Socialist leader Pedro Sanchez has vowed to overturn the reforms if he takes over the helm of government.

In Italy, Prime Minister Mateo Renzi announced a very pushy and aggressive reform process, but then he had to limit his ambitions and approve a package which is achieving few results. Italy’s unemployment rate is over 11.5%, of which job-seekers below 25 years old account for 40%.

Nobody in Europe seems to like these reforms. In Brussels, about 100,000 workers marched across the Belgian capital last Thursday to protest against government free-market reforms and austerity measures. The demonstration ended in violence, with people setting fire to cars and throwing cobblestones, while police responded with tear gas and water cannons. About 50 people were injured and 30 detained, the police said. It was one of biggest post-war labour demonstrations in Belgium, a country long vaunted as an example of the welfare state.

In France, where President François Hollande wishes to push ahead with a similar process to that implemented in Spain and circumvent France’s rigid laws, the protests are mounting. If the French bill goes through, it would cap court-ordered severance packages and create a clearer template for companies to lay off workers. Mr. Hollande also plans to make it easier for companies to negotiate directly with employees on working hours and overtime pay. That would potentially cut out labour unions and lift restrictions imposed by sacrosanct national laws, such as the 35-hour working week.

But the reforms, needed because the country isn’t growing, appear to be dead in the water. Student and labour unions held nationwide demonstrations last Wednesday against the plans to overhaul labour laws. Furthermore, they said they refuse to negotiate and demanded that the draft bill is abolished. Basically they believe the reforms would deal a blow to French job security, something which is extremely dear to the very conservative French people.

Mr Hollande and his Prime Minister Manuel Valls are now in trouble. Some Socialist-party heavyweights have accused both of them of going too far. Former economy minister Arnaud Montebourg, who was kicked out of government in August 2014 for criticizing policy, is said to be considering running against Hollande for the nomination. At the moment, the situation is so tense that the French government has even halted the reforms. Mr. Hollande, who took office in 2012, has delayed the formal presentation of the bill to the end of March. He wants further talks with the different labour unions.

It’s clear that he fears he will end up like Rajoy. It’s not the first time labour groups have aborted a project for labour reform. It happened with Jacques Chirac, when he scrapped plans to change labour laws in 2006 after mass demonstrations. French voters’ intransigence is seen as suicidal. But they don’t mind. According to a survey by Odoxa on March 3rd and 4th, about 70% of them are opposed to the labour bill. In their opinion, it isn’t worth losing their much valued job security for life just to cut the jobless rate from 10% to, for example 5% or 6%.