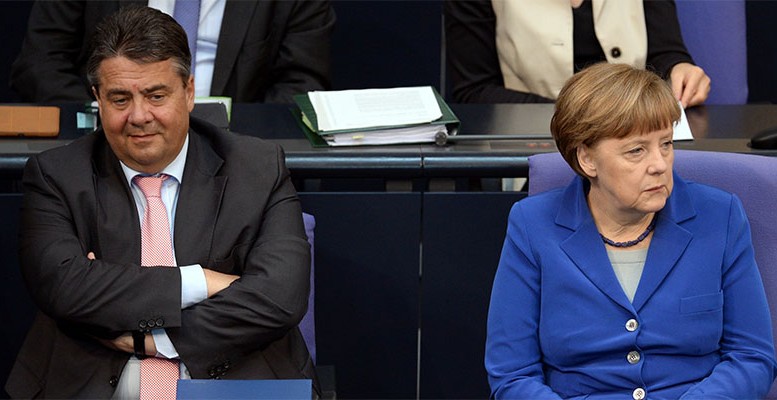 The refugee crisis shows no respect for pacts. Not even the Stability Pact, which is difficult to enforce when many countries vote for change facing an economy without growth.

Lagarde stresses that governments are avoiding their responsibility for boosting their economies with, most importantly, structural reforms and fiscal measures favouring investments. Central banks are giving politicians time to implement the reforms that companies need to increase competitiveness. But governments avoid unpopular reforms.

A ‘QE’ for the people

It’s easier to wait for money from heaven. This is a measure called ‘Hubschrauber-Geld’ in Germany, money dropped from a helicopter, like the parable that Nobel prizewinner Milton Friedman used in 1969 to explain the consequences of demand stimulus packages. The UK’s Jeremy Corbyn calls for “quantitative easing for the people.” Corbyn’s proposal is that the BoE lends money to a state bank dedicated to investment. A similar measure is also included in the programme of the French far right party National Front. And the former Greek Minister Varoufakis planned to print money behind the ECB’s back. But now the economist Adair Turner, former head of UK banking supervisor FSA, also says that “state funding via a national bank may be the only way forward.”

With interest rates at zero, the risk of deflation and the global economy cooling, the governments, which are heavily indebted, are helpless to fight a new recession. “We suffer from the weight of such colossal debt that we see no way out,” said Turner at a meeting with the Ifo Institute and Süddeutsche Zeitung in Munich. “I think there are circumstances where the best and least risky measure, from a macroeconomic point of view, is to print money to pay the state deficit.”

What the ECB is doing now is to purchase government bonds from investors, not from governments. In this way, it creates or prints money that it can destroy again by selling the purchased debt. Financing states is very different. In this case, the  money transferred is used to pay projects or public investments. This opens the door to corruption, according to Nikolaus Piper and Andrea Rexer from the Süddeutsche Zeitung in Munich. It is money from heaven. The bill comes later. The hyperinflation of 1923 was the result of this kind of measure. That’s how Hitler financed his war machine. According to Turner, the risk can be limited by not going beyond a certain level of inflation.

In Germany more money is required. The SPD, in coalition with Angela Merkel in government, demands a ‘Solidarprojekt’. The Social Democrat vice-chancellor, Sigmar Gabriel, proposes a “solidarity project” because the reception of more than one million refugees is revealing the existence of the poor in Germany. “For refugees there is money; for us, there is not.” Gabriel wants to invest in social infrastructure: housing, kindergartens, to guarantee minimum retirement pensions and employment programmes for the long-term unemployed.

The principle of limiting the deficit to avoid an increase in public debt is based on saving for the future. Given that in Germany there will be fewer people to finance an increasing number of retirees, the intention is that at least debt does not shoot up at a time when there are jobs and the economy is growing to some extent. Germany does not meet even the government debt limit set by the stability pact for the eurozone. To help the refugees will cost € 20 billion per year, which is equivalent, for example, to the state of Hessen’s budget. And the situation can deteriorate at any time. German industry looks to China.