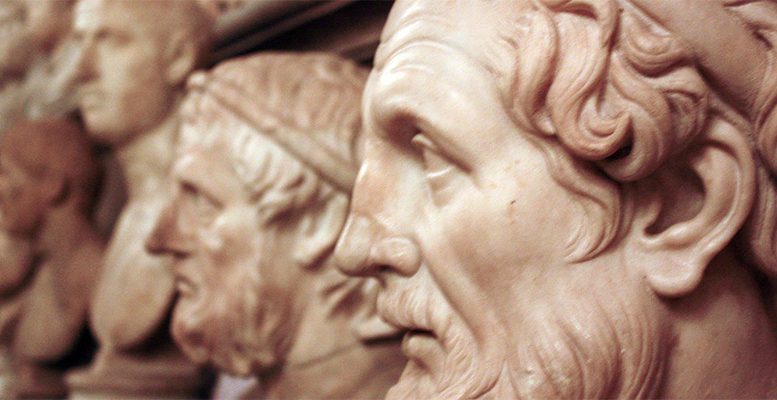 Nick Malkoutzis via Macropolis | In a quote some attribute to ancient Greek dramatist Aeschylus, the truth is said to be the first casualty of war. Perhaps the same can be said in times of economic crisis, which some have likened to a state of war. Certainly, one could safely say that accuracy has taken a severe battering during the Greek crisis. And, if accuracy is compromised then it is quite likely the truth will also be mangled.

Throughout the course of the last six years, misinterpretations, half-truths and downright lies have become a daily staple for anyone following Greek politicians and the local media. Though, it should be stressed that their European counterparts have not always been a more reliable source of information or interpretation.

Since the crisis broke out late in 2009, facts and words have been twisted one way and another to suit a particular theory or ideology. Media that have been friendly or hostile to the government of the time have chosen data selectively, while politicians have only focussed on the developments that suit their agenda. That is, to some extent, how we ended up with part of the Greek population (and a good deal of the political system) believing that the only thing wrong with the country was the lack of a strong-willed government that would be unyielding in its negotiations with the troika. It is also partly the reason why a number of Greeks remain convinced the bailouts have failed simply because Greece has not implemented reforms.

There was an interesting example last week of how a lack of accuracy, based on poor comprehension, could be manipulated to suit a particular political purpose.

First, local media picked up on a story in German daily Handelsblatt regarding the Bundestag’s finance committee meeting on Wednesday to give its verdict on whether Greece had done enough to receive its next bailout tranche. The German paper reported that there was a possibility of an opinion being issued on the same day, rather than in a new session on Friday. The article noted the low-key nature of the parliamentary procedure.

Somehow, this report was contorted in Greece and a variety of stories claimed that German Finance Minister Wolfgang Schaeuble was attempting to bypass the Bundestag and get the all clear from the finance committee rather than put the matter before the full assembly.

In fact, the truth was much more straightforward. Schaeuble was simply doing what the German Constitutional Court had asked him to do before the disbursal of any tranche, which is to consult with the relevant Bundestag committee.

One piece of manufactured intrigue was not enough, though. As soon as the committee decided not to issue an opinion straight away, reports appeared in the Greek media suggesting that there was a snag in the process and that the expected disbursal had been delayed because Greece had to fulfil yet more prior actions.

This was immediately seized upon by opposition politicians, who held it up as yet another sign of the Greek coalition’s incompetence and the hostile environment it has created. “This is not a good development at all,” tweeted New Democracy’s deputy leader Adonis Georgiadis. “Obviously, there is a very negative climate regarding Greece over there [in Germany].”

Again, though, the truth was far less dramatic. The German Finance Ministry sent papers to the finance committee that included a letter which said that it recommends the release of the bailout instalment be approved and that a decision would be required by June 15, a day before the European Stability Mechanism board meets to approve the transfer of the funds.

The regular session of the finance committee on Wednesday decided that it would hold a special session on Friday, two days later and well in advance of the deadline set by the Finance Ministry. [The committee did indeed meet on Friday to issue its verdict that the bailout tranche should disbursed] The decision to wait two more days was taken so that the panel members would be in a position to issue their final decision a day after the Eurogroup Working Group was due to meet in Helsinki and the institutions had issued their final compliance report on Greece in the wake of Athens concluding the remaining prior actions at the beginning of the week. That’s not to say that there is a particularly positive view of Greece or the current government in Berlin but there was nothing to suggest that relations had suddenly taken a turn for the even worse this week.

This is all rather dull, procedural and technical stuff and does not make for scintillating news coverage. But, vitally, it is the truth.

This small, and relatively minor, incident shows how easy it is for false impressions to be created and for an incorrect interpretation of developments to buttress against them. In turn, this leads to the creation of a news item that has legs of its own, ready to run amok and as far away from the truth as possible.

There are a number of factors that contribute to such a mess, including the lack of on-the-ground knowledge (few Greek broadcasters or newspapers have correspondents in Berlin, for instance), the local media’s insatiable thirst for sensational stories full of doom and gloom or triumphant successes, the determination of some outlets to twist stories to suit a particular agenda and politicians’ voracity to mould public opinion and prove their side is right and the others are fools.

This all leads to accuracy becoming trapped in a web of poor reporting and the determination to follow a particular line.

It is disheartening that this still tends to be the norm so far into the crisis and after voters have seen this pattern recur ad nauseam for the last six years. Perhaps we have to return to Aeschylus for some words of comfort. “He who learns must suffer,” the ancient tragedian wrote.