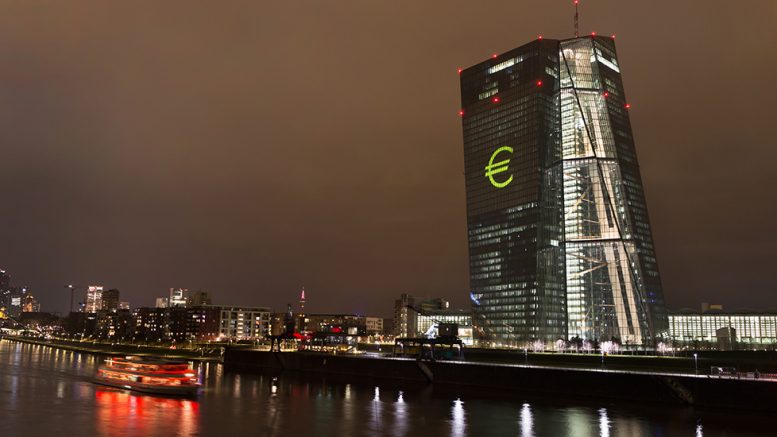 José Luis Martínez Campuzano (AEB) | I am sure you did not expect that question. And especially not a week befor the UK Brexit referendum, with various central banks (today it has been the BOJ) warning that they are prepared to take action if required. Yes, the central banks have become real experts in “guaranteeing” financial stability. But what about the negative economic impact? Well on this point they have shown that their margin for efficiency is more limited.

But the basic point of this short note is not so much to evaluate the response to a hypothetical shock, but more to consider when we will see the start of monetary normalisation. A very complicated question, as we can see in the case of the Fed. It now seems to be facing another more complex debate between natural interest rates and the balance of domestic/international references when it comes to achieving this.

But is there an answer to the question in the title in Europe?

Beforehand, let’s look at what the market itself says. I obtained the following graphic from the ECB’s latest monthly report, just published yesterday..

In the end, rates are not expected to be increased until mid-2018. Two years with zero rates…and even lower? Here we are now speaking about something much more specific. I am referring to maintaining or even raising the negative interest rate on the banks’ excess reserves. An anomoly, in my view. And as such, I hope it will be short-term. But does the ECB think the same?

Nevertheless, there are limits to the use of negative rates, if maintained over a protracted period of time.

The above comment was made yesterday by the vice president of the ECB during a conference in Holland.

In his opinion, in the opinion of the ECB which he represents, exceptional monetary measures can have an accumulate positive impact on European banks up until 2017. He also believes that the view of many economists that the ECB can sacrifice its inflation objective to resolve questions of financial stability is erroneous and dangerous.

In my view, two years is still a long time to maintain deposit rates in negative territory. From an empirical perspective, the main impact of negative interest rates is seen in the currency. In the euro’s case they have, in the end, contributed to its depreciation compared with its long-run equilibrium level. But now there are other variables which can influence its performance, starting with the political uncertainty ahead of us over the next two years, with elections in the main eurozone countries. The normalisation of external prices and the area’s continued cyclical recovery might also reduce the pressure on monetary policy.

Having said all the above, what is clear is that according to the interest rates futures market, there is a  50% probability of an additional 10 bp cut at the July 22 meeting and a 90% probability at the December meeting. We shall see.