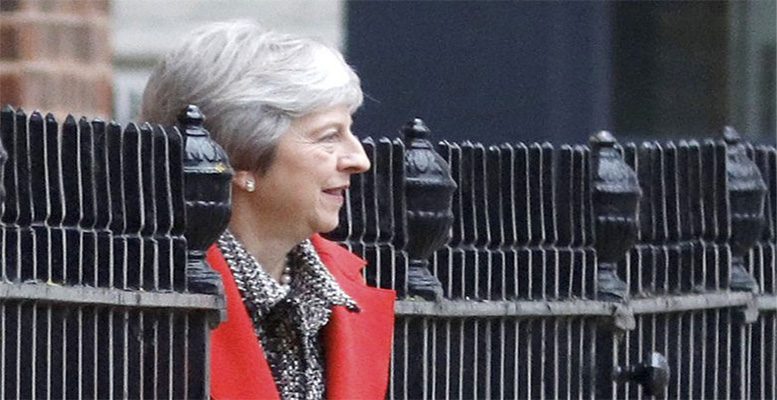 Theresa May presented her plan B last night. It looked very much like her plan A. Indeed, her strategy seems to be to keep presenting the agreement she signed with the EU to parliament until finally MPs support it. If you don’t succeed at first, try, try and try again. Is she trying to batter, or bore, MPs into submission? In fact, her strategy is considerably more sophisticated, but to understand it we have to understand also her real objectives. She wants to secure an orderly withdrawal from the EU (she was a lukewarm remainer in the Brexit referendum). But she also wants to hold her political party together. She does not want to be the Prime Minister which breaks the Conservative Party. Above all she does not want to be the new Ramsay MacDonald.

Ramsay Macdonald, or Ramsay Mac, was the first Labour Prime Minister in 1924. He was elected Prime Minister again in 1929, just in time for the Wall Street Crash and the start of the Great Depression (he was not a lucky politician). By 1931 Britain’s balance of payments crisis was so severe that deep cuts were needed in public spending, especially the newly adopted social programmes. A majority of Ministers rebelled and Labour MPs refused to back the cuts. Ramsay Mac reached out to the Conservatives and Liberals and formed a coalition National Government which he headed for the next three years. He saved the national economy, but split the Labour Party, which remained out of power for 14 years. He also destroyed his own reputation. Even today “Ramsay Mac” is still one of the most vicious insults that can be thrown around inside the Labour Party.

Theresa May knows that if she reaches out to Labour she can probably negotiate an agreement that could secure a majority in parliament, and would be acceptable to the EU. But it would condemn her to the same fate as Ramsay Mac. She would save the nation, but split her party and destroy her reputation. She believes that the agreement she has signed with the EU is the only way of squaring the circle. Her problem is how to convince conservative Brexiteers to support it. Her strategy is threefold.

In Parliament she hopes to convince the hard-line Brexiteers and the Democratic Unionist Party that the only alternatives to her agreement are a much softer Brexit (eg remaining in the customs union, or some kind of Norway arrangement) or even no Brexit at all. The fact that there is no majority in parliament for a no-deal Brexit, and the reported cooperation between moderate Conservative and Labour MPs to delay Brexit, strengthen her hand. There are already signs of movement among the hardliners, with discussion now focusing on what minimal assurances May must secure from the European Union to allow them to vote for the agreement. At the same time, she is pressuring the Conservative rebels on the pro-European wing of the party by threatening a no deal Brexit if they do not fall in line. She is gambling that if she can get the hardliners to support her, the moderates will not want to split the party. This would allow her to get the agreement through, and still leave the EU on March 29.

There remains the problem of the EU. To get her hardliners onside, May needs some kind of assurances about the N Ireland backstop (the guarantee that a hard border will not return between N Ireland and the Republic of Ireland), in particular that it would not become a way of keeping Britain endlessly in the customs union against the wishes of the British government. Her leverage here is the threat of a no-deal Brexit. Although the French and Irish (so far) are adamant that the existing agreement is the best and only one, there are signs of movement elsewhere. Germany in particular is growing concerned about a disorderly exit. The powerful German car industry is in trouble. Sales in China have collapsed. The threat of US tariffs on German car imports hangs in the air. It cannot afford to lose easy access to the profitable UK car market. And where the German car industry goes, the German (and Eurozone) economy follows. May will not secure major changes in the agreement, but Germany at least will want to explore what might be sufficient to help May across the finishing line.

Will May’s strategy work? The trouble with brinkmanship is that sometimes it inadvertently topples over the edge (think August 1914). More immediately, not all MPs share the Prime Minister’s appetite for risk. Or rather, whereas the greatest risk for Theresa May is becoming the new Ramsay Mac, the greatest risk for the majority of MPs is a disorderly British exit from the EU. If May cannot get her strategy to work soon enough, a cross-party coalition of MPs may simply take the decision away from her.