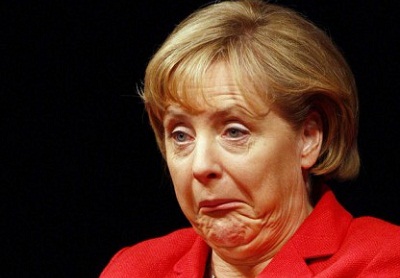 MADRID | The more Ms Merkel claims shoring up the euro to be her paramount goal, the less credible that pledge sounds. Real commitments should embody themselves into facts, words amounting to a rather futile substitute. Failing to address the current raging crisis casts serious doubts on how serious her voiced concern on keeping the common currency alive is.

One has the impression that Ms Merkel rhetoric simply aims to winning time in an effort to erode weaker partners’ resistance. In the last summit she appeared as caving in to pressure from Monti and Rajoy, by accepting the European Stability Mechanism fund to engage in direct bank financing and ailing sovereigns buying. But a closer look at the conclusions reached at that gathering, depicts a rather different outcome.

Direct bank funding will have to wait till a European-wide supervision is set up. Don’t expect it from happening before mid-2013 and most probably after the German general elections take place in the autumn. Meanwhile, EMS intervention in public bond will fail to build enough muscle to deter speculative runs. Lacking access to ECB funding it will sooner than expected run out of cash. As resources are de

Spain, but also Italy, cannot wait for such a prolonged interim period. Their needs far exceeding the rather modest EMS firewall, the European Central Bank stands as the only one having the ability to save the day. That’s why Draghi’s open rebuttal on implementing non-conventional action exerted such a gloomy mood in the markets. These trouble-ridden countries cannot endure for long the daily high risk premium pounding, and yet nothing seems to be at stock to soothe this unsustainable pressure.

Germany seems to pay lip service to the idea of surrendering home economic management to European institutions, in exchange for enhanced solidarity tools. It knows all too well that France will not follow that path easily. Even if this proved to be the case, Germany will stick to enforcing the fiscal compact, its real goal, as a pre-requisite for any further move. By dragging its feet it counts on forcing Spain and Italy to bite the bullet and become de facto monitored, at zero cost for lending countries. But Ms Merkel’s thrifty plan might derail should markets push for a full-fledged intervention. Unless she lifts the ECB embargo that outcome is most likely to materialise. She better becomes serious on saving the euro before it is too late. Time is running out.