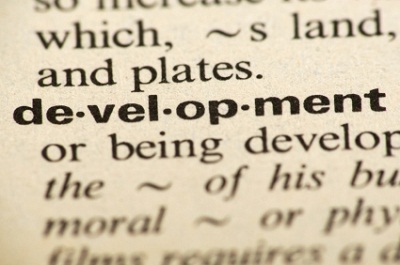 By Julia Pastor, in Madrid | The European Union disbursed €52.97 billion on Official Development Aid (ODA) in 2011, which was €490 million less than the previous year, as well as €15.4 billion less than the amount that could be invested if member States would have remained faithful to their commitment of devoting 0.7% of their Gross National Income (GNI) to these matters by 2015. Instead, most of the EU countries have dissociated themselves, to a greater or a lesser extent, from this agreement and have undermined the region leadership as the largest provider of aid.

According to the Aid Watch 2012 report, which the European NGO confederation prepares every year, Germany, the United Kingdom and France lead the list of biggest donors within the European Union in absolute terms of net disbursements, but with significant differences among them. While the UK has been able to meet its cooperation engagement in 2011, having placed with ODA at least 0,5% of its GNI, Germany, and mostly France, which cut severely its aid line by €544 million, did not reach that benchmark and got out of the path to the promised 0.7%.

Spain did not finished in very good position, since its investments on cooperation achieved only 0.29% of GNI in year 2011. Furthermore, it is the second countr

y out of the 11 member States that has cut this budget in a considerable way, following Greece: a 33% cut, exceeding €1,4 billion, while Greece reduced its development aid by 38%.

The crisis, nevertheless, has not been an argument for other countries that have kept their promises like the United Kingdom has. It is the case of Belgium or Finland, which contributed by 0.53% and 0.52% of their GNI, respectively. Ireland is also an outstanding example. In spite of having suffered a rescue, this country did not move further away from the cooperation budgetary objectives, consequently providing a 0.52% of its GNI.

It is also remarkable that the 12 countries that were integrated  in the European Union at a later stage, most of them Eastern nations, jointly disbursed €958 million in 2011, or 1.8% of total official aid in the region. This can be explained , largely, because it was the first time they contributed to the European Development Fund. Some of these countries increased by more than 25% their cooperation budgets. Malta did it by 44%, Romania by 37%, while Hungary and Estonia by 26%. The report points out as well that, according to the 2011 and 2012 Eurobarometer, 85% of the European citizens support spending 0.7% of Gross National Income to development cooperation, despite the economic crisis.

Furthermore, 14% of funds considered as ODA are not transferred to the poorest countries, since the European governments enter as such the expenses devoted to refugees or students living in the EU countries, or even to debt relief operations or interest payments.