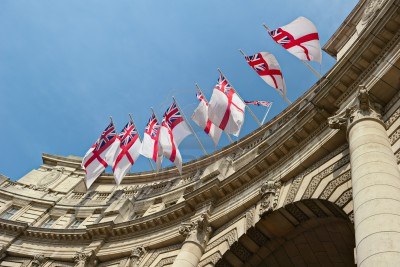 LONDON | Trafalgar Square's entrance towards Buckingham Palace has reportedly been sold to Spanish financier Rafael Serrano, whose plans for the London landmark involve a hotel. According to sources talking to The Times in London and Cinco Días in Madrid, Serrano bid £60 million (€75 million) for the listed building through his investment arm Prime Investors Capital. The British government aimed at selling for £75 million

The 13,685-square-metre building was most recently home to the ministry of Defence and the Cabinet Office. The announcement of its offering in November 2011 came as part of austerity measures in the UK, where civil servants have already exited 36 property holdings in central London. a high level of interest in the London property market. After his joint venture with Rosalia Mera, cofounder and second-highest shareholder of Inditex, to open a six-star Bvlgari hotel, the Admiralty Arch's will be his second hotel in prime locations in the city.

The building was originally commissioned by King Edward VII as a tribute to his mother and was completed in 1912 after his death. The arch was designed by the architect Sir Aston Webb and built by John Mowlem and Co, now owned by construction giants Carillion. The semicircular structure connects with the iconic The Mall, one of the most exclusive corners in the city. The Government's decision to sell it surprised some experts in equity. The government said the new owners should make a proposal to allow some public access to the building.

Businessman Rafael Serrano, according to his LinkedIn public profile, founded Prime Capital Investors in 2009. The company, of which Serrano is CEO, specialises in financial advice to wealthy clients. Serrano had previously worked for Focus Investment Group and JP Morgan. He continues to occupy the position of vice president at the international bank in London.