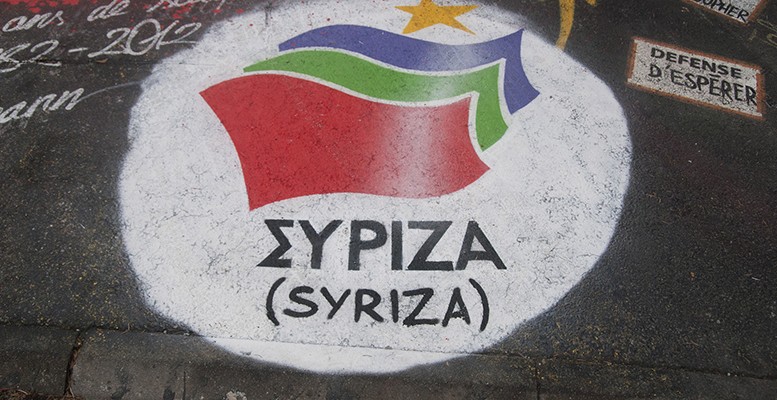 Nick Malkoutzis via Macropolis | Looking back on it, there was strong evidence to believe one year ago that SYRIZA was doomed from the start. Forget its inexperience, cast off its ideological straitjacket and ignore the factors that had stacked up against the new government (diminishing liquidity, weak banks, fragile economy and sceptical lenders): these were all signposts pointing towards Alexis Tsipras crashing into the wall, but it was the campaign slogan for the January 25 elections that really gave it away.

“Hope is on its way” was the slogan chosen by SYRIZA to instil a sense of optimism in an electorate that had grown weary from the lengthy recession, repeated blows of the austerity programme and inability of the political establishment to tackle chronic problems. The message proved very effective but history should have taught us to keep expectations to a minimum.

Since the start of this crisis, Greece’s very own Great Depression, or perhaps Greater Depression given that it has been bumping along the bottom for longer than the US was decades ago, the message from those drafting the adjustment programme at home and abroad has been that a recovery is just around the corner. Each time events have proved them to be out of touch with reality, hopeless optimists or liars. SYRIZA’s promise of hope may have emanated from another part of the political spectrum but there was no reason to believe that the outcome would be any different.

Nevertheless, the SYRIZA-led government has been a disappointment, particularly to those who hoped against all odds that its pledges were not the product of naivety, wishful thinking or fiction. The letdown starts from SYRIZA’s flawed strategy in its negotiations with Greece’s lenders after being elected and continues with its inability to stand for the things it was supposed to represent: transparency, meritocracy and social justice.

SYRIZA’s single biggest failing was not having a clear idea of what it wanted to achieve or one, at least, that bore any connection to the harsh reality of being a eurozone member that does not have enough funds to cover its obligations. It was clear from the start that the threat of running out of cash and liquidity from the ECB being shut off would limit the bargaining power of the new government. This was even more so the case given that there was concern within the eurozone about what implications a negotiating victory for SYRIZA would have for political developments in Spain and Portugal.

It was never clear during those months of tense negotiations exactly what Tsipras wanted to achieve and how he wanted to achieve it. Even today, there are dozens of interpretations about what the point of the July 5 referendum was and the role of ex-finance minister Yanis Varoufakis is still the subject of intense debate, not least due to his myriad interpretations of what happened and conflicting claims from his counterparts.

The result of all this was for the Greek economy to suffer another blow, on top of the damage that had been done in previous years, and for the government to sign up to bailout terms that are as painful, if not more so, than previous agreements.

SYRIZA was right to challenge the logic of the bailout programmes and the effects of five years of austerity policies but as long as it was committed to keeping Greece in the eurozone, which Tsipras eventually declared as his position, its ability to influence events remained limited. Sadly, Greeks paid a very heavy price until SYRIZA came to this realisation.

Moving away from the negotiations, SYRIZA’s other major failing has been that it has not yet shown it has any great intention of living up to its pledge to clean up Greek politics and start building a fairer society. In fact, instead of taking steps in this direction, the government has gone the opposite way: placing its own people in the public sector like all the administrations before it and wanting to influence or control as much of the media and private sector as it can. SYRIZA gives the impression that it wants to engage in regime change but not so that it can alter Greece for the better but so that it can become the new regime.

It is true that SYRIZA has introduced initiatives to help some of the worst affected by the crisis in Greek society but this has been a small step. An effective counter-measure to the unemployment, poverty and social exclusion created by the flawed policies of so many years would be to start creating the conditions for growth. In this respect, though, SYRIZA is restricted to some extent by the memorandum policies (more tax hikes to achieve primary surplus targets, for example) and its limited understanding of how the private sector works. Until the Greek economy starts growing again, there will not be much that any government can do to counter the effect of unemployment of around 25 percent, declining wages, non-existent liquidity and firms going out of business.

The one area where SYRIZA has been breath of fresh air is in civil rights. It has passed legislation regarding citizenship for second-generation immigrants and civil partnerships for same-sex couples that has corrected injustices of the past and places Greece in the group of socially progressive European countries. This progressive thinking and realisation of what is happening in the world around us now needs to be transferred to other policy-making areas. Only then will SYRIZA have a chance of being remembered for anything other than being the instigator of Greece’s most manic and energy-sapping year in recent history; only then will hope be on its way back rather than on its way out of the door.