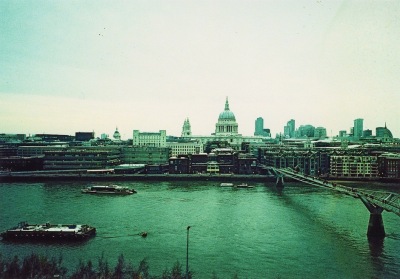 LONDON | Unlike the rest of planet? London businesses are more optimistic than six months ago about the prospects for the economy and for their own companies. The CBI/KPMG London Business Survey is conducted twice a year to monitor the views of business on London as a place to do business. Encouragingly in the latest survey of 264 companies, 41% of respondents say they feel more optimistic about the economy during the rest of 2012, a sharp rise from the 13% in December survey. Just under half of London firms say they feel more positive about their own six-month business prospects, up from 31% last year.

Not everything is bright in the picture sent by London businesses, of course. This rise in optimism is clouded by concerns over the ongoing euro zone crisis. The number of employers now freezing their recruitment has more than doubled to 51%, from 23% six months ago, with only 16% now hiring as normal, compared with 54% in the December poll, and the lowest figure for 18 months.

In general, investment intentions in all categories have not reached the level they were at in mid-2010. A quarter of companies plan to decrease their investment in IT, equipment, plant and machinery over the next six months, or make no investments at all in this area.

“In this milestone year for London, it's gr

http://exbacksms.com/ how to get your ex back

eat to see that the capital's firms are more optimistic than six months ago.

“Increased euro zone anxiety means employers are reluctant to invest, take on new people or expand their businesses, though”

The number of firms rating London as a good place to do business has risen to 86% from 83% six months ago. For small and medium-sized companies the increase is even greater from 74% in December to 81% in this survey. At the same time the number of respondents who believe that London's position as a good place to do business will be at least the same or will have improved in five years has increased from 78% to 83%, the highest percentage since December 2006 (88%).

“The ease of access to global markets, talent pool and proximity to customers are factors which consistently impress companies based in the capital.

And the challenges? In Sara Parker's words:

“Rebalancing our economy will require UK companies to successfully compete for business in high-growth markets, like Asia and Latin America, but at the moment there are not enough direct flights to some of these countries.”