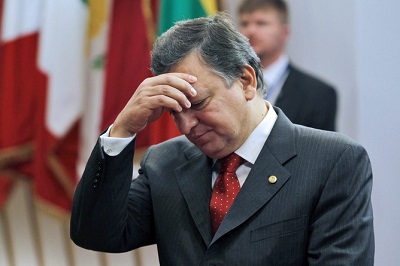 MADRID | Summits are meant to be the meeting place for those dwelling in the Olympus. Those struggling to survive on the Earth surface have more urgent concerns than discussing about the euro zone destiny, an angels'-gender dispute that fails soothing their daily toils.

Spain undoubtedly ranks among the latter. It will attend today’s meeting with its mind focused on the bleak aftermath. Banking union might stand as a cornerstone to shore up the financial sector. Yet it will not help to solve the pressing need of recuing its ailing entities. Switching budgetary sovereignty for a limited drive towards mutualising public liabilities is the chess game Germans and French are currently playing. But any compromise on it will come too late for mitigating the suffocating pressure risk premium is exerting on Spain.

The Spanish government has failed to convince others on the merits of channelling funds directly to its troubled banks. Creditors flatly refuse providing support on the bet beneficiaries will redress their dismal record and be able to pay back. For all the rhetoric on the need to decouple financial and sovereign risks, when your taxpayers’ money is at stake you tend to ring-fencing it from failure.

It has also failed to entice others in delivering funds unconditionally. Creditors will not satisfy themselves with designing and close monitoring the bank restructuring, an obvious price to pay when external help is sought. They will also make sure that public guarantees are worth they face value. In other words, they will impose stern conditions to ensure budget follows a consolidation path while stru

They will ask for immediate VAT increases plus unemployment benefits trimming. Stiff measures will have to be introduced to control regional and local spending. Further efforts will be demanded to cut short budget worrying deviations. In delivering such pledges, public service salaries and pensions are liable to suffer further cuts. For a government boasting to having eluded intervention, this kind of harsh medicine will prove most unpalatable to taste.

Merciless attacks on Spanish sovereigns are to be expected following the summit if it fails to address next day’s problems. Spain’s stubborn insistence in forcing a call to the European Central Bank for buying public debt to relieve pressure is hopelessly doomed. Germany adamantly refuses to endorse any move to transform the central bank into a last resort creditor for faltering partners.

It might cave in to demands the EFSF might perform that task. But its limited resources will prove an incentive for the market to test its ultimate resilience. The more it gets involved in buying paper, the more vulnerable it will become to speculative runs. Not to mention the annoying fact that such a help has to be required by the partner in distress, thus making it an obvious target.

Our only hope lies in the markets. By refusing to accept summit gadgets intended to buy time and deferring euro’s current plight to improbable future solutions, they will force the ECB into action. Otherwise the common currency might not survive. No monetary union can be safely anchored without a powerful Treasury and a central bank ready to provide unlimited support. Europe lacking both of them, the ECB will have to swallow its guiding principles and save the day.