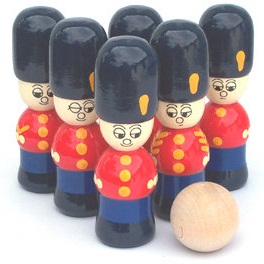 LONDON | By 2026 the UK could have increased its international business activity a booming 66 percent. The latest Global Connections trade forecast this week from HSBC Commercial Banking predicted that emerging markets will experience a tipping point in the balance of trade power, where imports will grow faster than exports within the next five years. That's opportunity for British ears.

According to official data, the UK trade deficit offers a changing picture. Excluding oil, it fell back to £88.5 billion in 2011 after jumping to a record £93.8 billion in 2010 from £79.4 billion in 2009. Exports of traded goods excluding oil climbed 11.3 percent in 2011, a positive performance that is believed to have been somewhat helped by a competitive British pound sterling.

So the sterling doesn't really expose why UK exports improve. A keen eye and efficient research carried our by the British companies do (hello, continental Europeans?).

“For the UK, exports are expected to exceed imports as businesses make the most of the opportunities created by the subsequent increase in demand for goods and services from emerging markets,” HSBC analysts said.

“We are seeing an increasing number of our customers looking to trade outside of the UK's traditional trade partners in Europe,” Steve Box, HSBC head of trade, receivables finance and Europe explained. Box added that “UK trade is predicted to grow faster than previously suggested.”

how to use ipad keyboard

ent and Latin American imports of biopharmaceuticals by more than 11 percent to 2016.

The British industry looks as a good match player. UK's fastest growing export sectors are biopharma, auto engines, petroleum gases and telephony equipment. Export growth to the US, the UK’s largest trading partner, is expected to be just 0.2 percent over the next five years, though it is forecast to remain the UK’s largest trading partner in the periods to 2016, and out to 2026.

Still, HSBC lists eight European countries in the UK's current top ten export markets. Growth with these partners is expected to be weak, with exports to Germany expected to stagnate, and exports to France, Ireland, Belgium, Spain, Sweden and Italy all expected to decline over the period. Only the Netherlands bucks this trend, with exports forecast to rise by a little under 3 percent, due in part to stronger trade in oil. Indeed, UK exports will suffer headwinds from the slowdown in global trade as anyone else. Ratings agency Standard & Poor's said that developments in UK exports also depend on the strength of foreign demand. Although global trade was boosted by a swift recovery in emerging markets from the second half of 2009, demand has slowed since the middle of 2011 as monetary policies in those economies tightened in response to higher inflation.

“We expect that emerging markets will gradually pick up again in the final quarter of this year and in 2013 as their central banks become more supportive again, but less strongly than in 2009,” the agency said.”

UK exports have benefited from the post-2009 recovery in emerging markets. Exports to China were up 21 percent in 2011 in nominal terms, and those to India surged 45 percent, but those two destinations still represent a small share of UK exports with 3 percent and 1.9 percent respectively, S&P noted.

What is becoming clear is that in the UK they are not happy with this euro connection, and they actively seek to break freer.