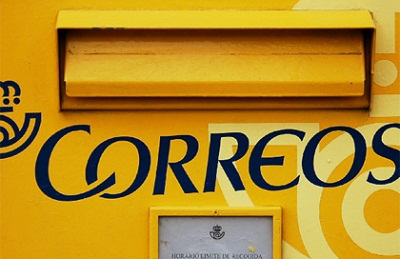 By Sergio Sáiz | www.expansion.com | SEPI, the State organisation that holds public stakes in Spanish companies, could obtain between €700 million and €2.5 billion with the privatisation of the national postal group Correos. It will depend on the formula used to sell it. The case of Deutsche Post could be a model to imitate.

Correos has a staff of around 62,000 people. This point, which could be an engine for employment in Spain, also affects negatively the postal group’s profit and loss account. Correos assigns 75% of its annual revenues to pay their staff salaries, an unsustainable percentage for a company which is forced by law to maintain a strong logistics structure that guarantees the density required and the scarcely profitable business of universal postal service.

These are the heads and tails that SEPI will have to face up to when starting Correos’ privatisation process. The group’s market share and logistics network represent its major strength facing a possible sale, but the low productivity, the high labour costs and the recurrent losses of the operating income are its weaknesses. For instance, while Correos obtains around €33,000 for each employee per year, Deutsche Post needs just three months to gain the same amount, that is, it is four times more productive.

Deutsche Post is the world leading company in the sector. Although it is twenty times bigger than Correos, it could become an example for SEPI to follow when privatising the Spanish postal group, since their history is very similar. The big difference is t

how to use numbers on ipad

hat the German State privatised its postal service two decades after Spain did.

Germany was able to turn a owned-stated group with recurrent deficit into a worldwide giant that earned more than €1 billion last year, reaching a profitability of 4.6% over total sales. Deutsche Post market valuation is of almost €16 billion.

Considering this as well as Correos’ cash flows, it would be difficult for SEPI to obtain more than €700 million. However, the group should emphasise other assets such as its market share, or the fact that its properties and lands’ book value sum up to €1.3 billion. If SEPI overcomes the competition problems that would involve selling Correos to a private group and the scarce company’s profitability,  Correos’ price could soar over its €2.5 billion book value.

Deutsche Post went through these same difficulties in 1995. Both hundred-year old companies have been State-owned. Germany decided to separate postal services from political control in 1989 and placed it under a business holding. Twenty-three years later, the Spanish government decided to do the same, and just some weeks ago Correos was split away from the state, becoming then an industrial participation.

It took six years to plan Deutsche Post’s privatisation. Finally, the company went public in the stock market in 1995. This formula enabled the company to remove a possible competition problem on market concentration, but also to carry out an ordered disinvestment. Until 2000, the government kept a major stake in the company, using this period of time in reorganising it completely. After DHL acquisition in 2002, the German postal operator became a world leading company. Will Correos have a similar story?