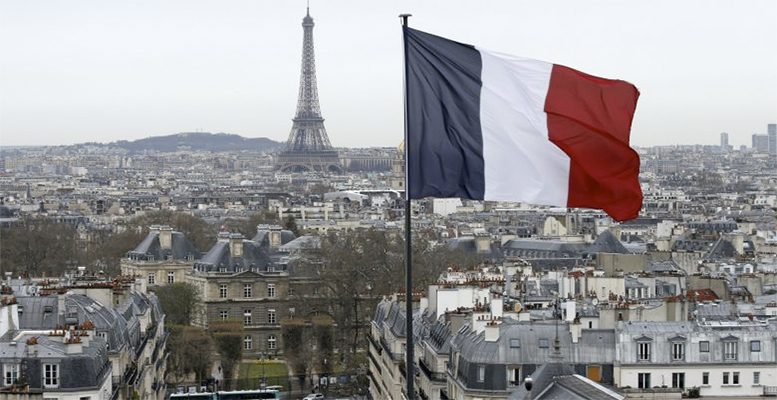 French elections will likely serve as a way to take the populism temperature, as well as being the next step towards de-globalisation. As the Dutch general elections showed, the populist drive may prove to be not as strong as anticipated by the polls. But most of the media is presenting the French elections in this way. Furthermore, it has to be considered the fact that the pollsters underestimated the force of populism last year in the UK. “In other words, recent history has shown that pollsters are seemingly ill-equipped to capture the intentions of frustrated voters,” explains Markus Allenspach, Head Fixed Income Research at Julius Baer.

Therefore, “markets can only keep an eye, with debt markets at the forefront as any hint of a Frexit would translate into widening spreads”, says analysts at Carax- Alphavalue. The picture of the gap between German 10-year rates and the French ones certainly denotes increasing caution but not much more than that, at least from a 5-year perspective. The widely-expected reduction in bond buying from the ECB may be as big a contributor to the current 70bp spread as (still distant) fears of Mrs Le Pen. Experts at the house add:

“In any case, even with a “normal” government, France’s balance sheet is such a mess that the spread contraction of 2015 was bound to be transitory.” Looking at the price indices of the CAC40 (as CAC does not allow for dividends) and the Stoxx600 shows that one would be hard pressed to see a serious bout of fear developing on French equities. Even the French banks which would be the first victims of a populist win have recovered from their last February bout of weakness. On the other hand, Philippe Waecher Chief Economist at Natixis AM compares the faltering trend growth between US and France since the 2008 financial crisis. Currently it stands at slightly over 1% in the US (1.3% on average over 10 years at end-2016) and slightly under 1% in France (0.7% at end-2016).

A large proportion of this decline can be attributed to the deep recession that took place between fall 2008 and spring 2009. However, even if we set aside this period, trend growth is still weaker than before the crisis. Average annual growth in the US has stood at 2.1% since hitting a low in 2Q 2009, while in France this figure is 1.1%, which is still well below figures enjoyed pre-crisis.

Economists analyze this downturn in growth but cannot agree on the factors that triggered this trend.

The first explanation from Kenneth Rogoff) attributes this weak growth to the macroeconomic adjustment in the aftermath of a severe financial crisis. The crisis is the result of a build-up of private debt on a specific asset (real estate).

The second argument by Larry Summers suggests that the period of slow growth reflects the accumulation of past imbalances and the inability to recover from this situation spontaneously. The economy is characterized by excessive savings, an ageing population, high private debt and inadequate investment.

The third approach  given by Olivier Blanchard is based on the role of pessimistic projections and can be used to add to the previous explanation. It has been observed that all downgrades to growth projections lead to a reduction in spending, therefore hindering growth. In other words, the gloomy environment created by downgrades to already pedestrian growth prompts caution among the various economic players. Philippe Waecher explain:

“These three interpretations of the economic cycle are not complementary but they all feature the key role of macroeconomic adjustment via fiscal policy.  So, if we apply these approaches to France, it looks like there is no need to take drastic steps to cut back public debt, which has played a key role in the macroeconomic adjustment that is perhaps not yet entirely complete. “

Adopting an excessively restrictive fiscal strategy means taking the risk of failing to fuel demand and being stuck with slow-moving growth. Against this backdrop, implementing structural reforms does not seem to be the way forward either, asstructural reforms mean changing the rules of the game. Generally, this triggers revenue increases for those who benefit from the reform, but decreases for those who are penalized by it. This suggests that structural reform must always take place when growth is robust as everyone is willing to take the risk of implementing change. Trying to implement structural reforms when growth is weak involves the risk that the various economic players each stick to their guns as they do not want to lose the advantages they hold. So the combination of restrictive policy and structural reform is not the right way to get back onto the path to growth on a lasting basis. Businesses and households must overhaul their behavior in a context of lower demand. Who will take the risk of investing against this backdrop?

In view of the factors outlined, it is vital to take the risk of investing and it is important to create incentives for the private sector via public investment in order to drive robust momentum. This is the instrument that will enable fiscal policy to be effective and push private investment up. Once growth is on the up again, it will be much more straightforward to implement structural reforms if they are necessary. As a conclusion, the analyst at Natixis AM:

This is a major challenge for France as the presidential elections draw near. It is vital to bear in mind the various dimensions of the French economic cycle and avoid dogmatic attitudes if the country’s economy is to be set on the right track for the next five years.