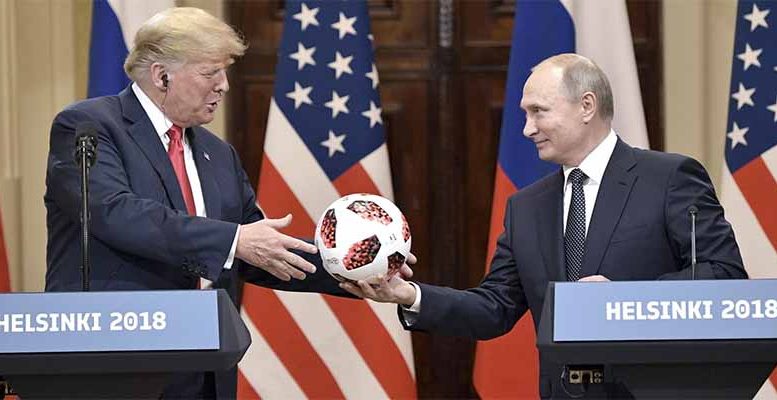 Xavier Colás (Moscow) | A double-headed eagle: for centuries this has been the official arms of Russia, only removed during the Soviet period. For many it seeks to emphasize that the empire, under its wings, unites both East and West. For decades one of these heads has been observing, from afar, the dollar. But things may be beginning to change.

The Russian government is planning a transition to payments in the national currency and will encourage exporters to take payment in roubles instead of dollars. This de-dollarization plan announced by Russia’s Ministry of Finance aims at the year 2024. It doesn´t rule out payment in euros with EU member states as a first step towards de-dollarization.

Russian experts are currently debating if Russia can maintain a stable national currency despite US sanctions. Iy is a fact is that sanctioned companies have problems with the payment for contacts in foreign trade. “You don’t have to be afraid of the euro. The dollar is far more over valued than the euro. The IMF forecasts a gradual devaluation of the dollar of 10-15%,” commented one analyst, although not all agree that the use of the European currency would be beneficial for Moscow. The de-dollarization is obstructed by the volatility of the rouble, whose value has varied between 56 and 78 to the dollar in the last year.

For Moscow the growing protectionism in the US represents a challenge for the economy and development of Asia-Pacific. Russian economic growth will suffer a slight slowdown next year and GDP will increase 1% in the worst case, before recovering to 3% in 2024. Just in case, they are preparing for the worst given the deceleration in China.

The other key is oil. Russia, which has already broken its production record this year, could add between 200,000 and 300,000 of supply per day in a few months, according to Minister of Energy. Russia and Saudi Arabia are producing an additional million barrels per day and could extract more. After the September meeting in Algeria pushed prices to their highest levels in four years, Moscow finds itseld in a very favourable environment for squaring its books.

The IMF has upgraded its forecast for Russia´s GDP growth in 2019 from 1.5% to 1.8%. The forecast revision is due in large measure to the rising oil prices, but also takes account of the recovery in internal demand. The oil price is to large extent the result of US policies, with the expected imposition of sanctions on Iran and the political problems in Venezuela. But it would be difficult for Russia to achieve that the global trade in hydrocarbons was done in any currency other than the dollar. According to Nafez Zouk, from Oxford Economics, Russia could reduce its dependence on the dollar in other areas, but “it will be much more difficult to persuade the world to use any currency other than the dollar with oil or gas”.

But returning to the image of the double headed eagle, there is one head which should be refocusing its vision to scan the far distant. The next capital outflow in Russia in the third quarter grew 48 times in comparison with the same period last year, up to 19.2 billion dollars, according to Russia´s central bank. The bird cannot be distracted.