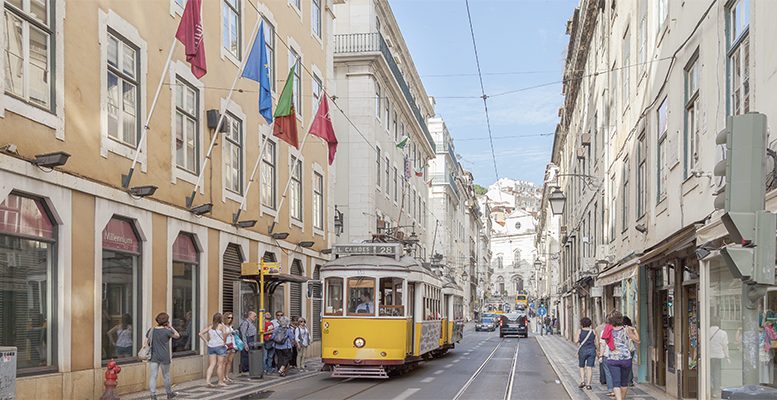 The PSI outpaced other European stock markets yesterday, boosted by S&P’s decision to raise Portugal’s investment grade (BBB-) for the first time since 2012: the Portuguese market “celebrated” the milestone with a 1.9% rise. For Link Securities, this guarantees “the purchases of Portuguese debt on the part of the ECB, as well as making it financing costs for both the country and Portuguese companies cheaper.”

The country’s sovereign debt also reacted positively, with a knock-on effect for the other perhipheral countries. Their risk premiums decreased during the session given that, in addition, the German 10-year bond fell again and its yield rose to 0.45%.

On the other hand, the fact that S&P gave Portugal a stable outlook “implies it will take time to improve its rating again,” according to Bankinter.

The ratings agency is the first of the three big ones which has once again put Portugal on its radar (without including DBRS). Here are its principal reasons for the move:

1.The improvement in the outlook for GDP growth, above all because of the reactivation in corporate investment.

2. The reduction in the Fiscal Deficit.

3. The decrease in the risk associated with the country’s financing, due both to internal factors (the stabilisation of the financial system) and external ones (the ECB will gradually withdraw monetary stimuli).

The two other big ratings agencies, Fitch and Moody’s, decided over the last few months to maintain their “junk bonds” rating for Portugal’s sovereign debt, but raised their outlook to “positive”.

The decision is also fuelling buy orders in the Portuguese stock market. BCP, Correios de Portugal and Sonae Capital, without looking any further, are rising more than 2%. This improved investor sentiment towards the country, if it continues, will benefit many Iberian equity funds which invest part of cash in Portuguese stocks.

The European Commission also considers that the improved rating for Portugal’s debt is very positive. European Commissioner for the Euro, and EC Vice-President, Valdis Dombrovskis, said: “This is a very positive development. It shows that Portugal is on the road to economic recovery and the budget deficit is on a downward trend.”

The same day as the hike in the rating was announced, the IMF also revised its outlook for Portugal and now estimates GDP growth of 2.5% at end-2017, 1.2% higher than its previous forecast.

The head of the IMF mission in Portugal, Subir Lall, said in an interview published in the local weekly paper “Expresso” that Portugal’s public debt is more sustainable than in 2011, when the country asked for a financial bail-out. Despite the fact that it’s now at record levels, around 130% of GDP.

“Debt increased a lot during the adjustment process and then it stabilised at around 130% of GDP. This is the first year in which we will see a decline. And we are forecasting a considerable reduction to nearly 126%,” he said.

Lall, who has headed the IMF mission in Portugal since 2013, highlighted that this reduction will reinforce the economy in the face of possible “shocks”. He also flagged the improvement in the structure of Portugal’s debt over the last few years.

“Portugal was able to extend the maturity dates and change the refinancing profile. These are important factors,” he added.