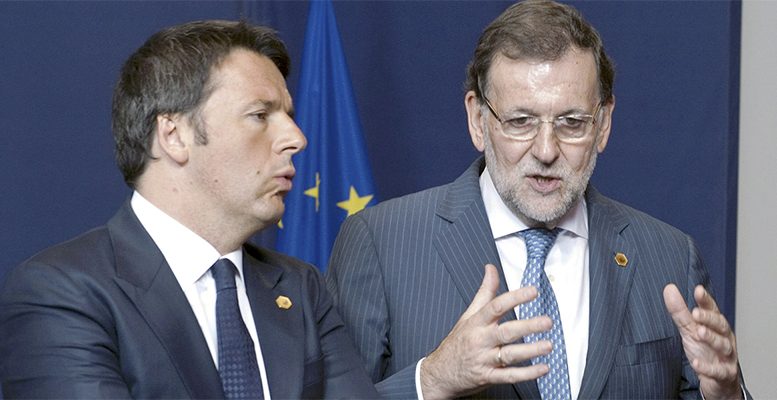 Last week a new government was formed in Spain, after 300 days of two elections and countless negotiations between parties which intend to rule the country. They have been 300 strange days which have reflected, in certain respects, the lack of confidence in Spain’s political situation. Exactly the same in Italy, where the unstable situation could provoke a financial crisis which would affect all of us.

On December 4, Italy plans to hold a referendum to approve a series of reforms, aimed at making the country more gobernable. Prime Minister Renzi has threatened to resign if it is not approved. This would mean opening the door to the misrule of the anti-European parties, the worsening of the banking crisis and a possible systemic crisis.

In light of all that, it doesn’t look like a coincidence that in the figures in TARGET2, the real-time gross settlement system owned and operated by the Eurosystem, Italy and Spain show a similar weakness. That system should be balanced, but that is far from being the case. The deficits between creditor countries (Germany) and debtor countries (Spain and Italy) can be seen in the graphic. It’s not a coincidence that these two countries are the biggest debtors and the most politically unstable. And this provokes an outflow of capital and deposits in search of a safe haven in the event an undesirable situation should occur. As Marcello Minenna shows, the imbalances which emerged during the 2012 euro crisis have re-appeared and the countries which are most indebted with TARGET2 are Spain and Italy. In the ECB chart of the TARGET2 balances we can see how Spain and Italy have increased their debts with Germany and other countries. Spain from 189.9 billion euros to 319.7 billion. Italy from 188.6 billion to 353.9 billion. Not insignificant amounts.

What does all this mean? That the European Monetary System gives us an unusual kind of loan to continue to function normally, without any liquidity problems, while the supposedly transitory causes disappear and things get back to normal. It’s something like the famous Regional Liquidity Fund, with which we keep Catalonia afloat while they destroy their institutions and the State. It’s a fund which provides liquidity, but in reality it is an indefinite loan so that other things can be maintained.

In the following graph, we can see how these positions in TARGET2 declined from 2012, but then they re-appeared and increased: that’s politics stupid! (Spain, grey, Italy, red).