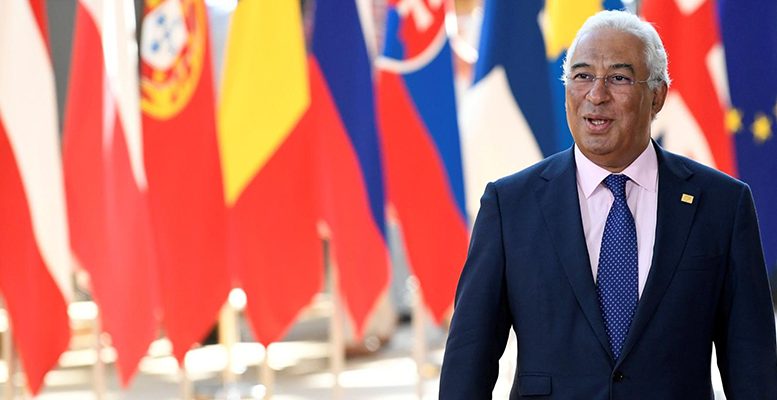 Fernando G. Urbaneja | Portugal evicted its dictatorship a couple of years before Spain (in 1974), although it had also embraced it a few years before (in 1923). The country suffered an authoritarian regime, like Spain, during the central four decades of the twentieth century. Portugal and Spain are two neighboring countries with shared and divergent stories, which live back to back, although they have more things in common than current opinion admits. We are seeing some interesting unwanted similarities -and the Portuguese are ahead of the curve.

Four years ago, in the last elections, the Portuguese socialists (2nd party by votes and deputies) formed an unusual majority with two parties on their left, including the Communist Party (their historical enemy) that agreed to sustain a monochromatic socialist government.  That government overcame the bailout and managed to boost growth. A successful government that has won the election a few weeks ago. The alliance on the left was called “jerigonza”, an expression that refers to something unprecedented and amazing, complicated and difficult to understand.

The Spanish socialists, led by the pragmatic Pedro Sánchez, are facing a new election after the failure of a six-month legislature (April 4 to September). They will have to learn from the Portuguese “jerigonza” to build one of their own, just as complicated and astonishing,  with a one-party government or a coalition.

There are two ideas on which the Spanish parties seem to agree. One is that the Socialists will win by more than five percentage points. The other is that the current blockade needs to end. The government will depend on the arithmetic of the votes, and yet it is impossible to estimate: the number of undecided people is too high and the effects of the Supreme Court prison sentences on catalan separatists leaders are unpredictable.

Spaniards have the opportunity to emulate their neighbours, the Portuguese, who manage their future with skill and intelligence. This week the government has to manage the response to the Supreme Court sentence. The election is in three weeks. Jerigonza is not a dish, it is an unprecedented, amazing and pragmatic way of cooking politics.