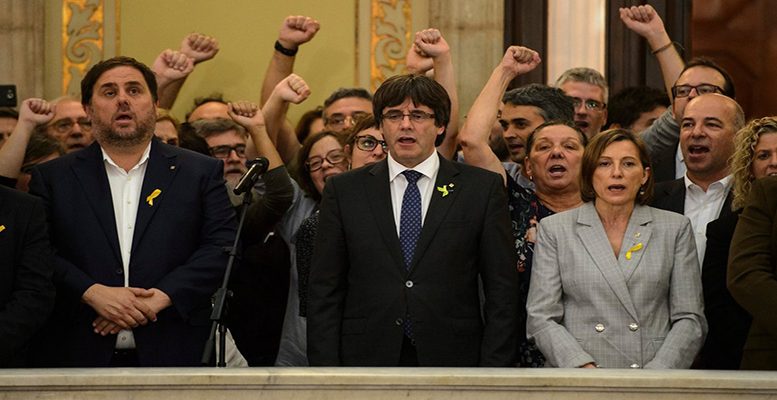 After two years of judicial process, Spain´s Supreme Court has considered proven that during Autumn of 2017 there were “undoubted episodes of violence” in Catalonia, but does not think these sufficient to condemn the separatist leaders for rebellion, as sought by the Public Prosecutor.

The sentences are approximately those sought by the Attorney General, as the Public Prosecutor sought almost double. Why has the crime of rebellion been ruled out, which would have resulted in severer penalties? Because the violence was not considered a structural part of the Catalan separatist leaders´ plan. The court considered that there was violence to secure sedition, not violence to create a climate or scenario which would make subsequent negotiation more viable.

The Supreme Court´s sentences are definitive, but the accused´s defences have already announced that they will follow tow possible routes to overturn the decision: an appeal for protection to the Constitutional Tribunal for violation of fundamental rights and an appeal to the European Court of Human Rights in Strasburg.

The Catalan process has been one of the major causes of friction in contemporary Spanish history. On 10 November there will be the fourth general election in five years. The government of Pedro Sanchez, in full electoral campaign, is doubling its efforts to get across the message that Spanish democracy is mature and solid, that the judiciary is independent and that in any case the separatist leaders have been judged for their acts and not their ideas, as shown by the presence of other separatists in parliament.

“Democracy presupposes, it is true, the right to vote, but is something more than that. It also presupposes the respect for the political rights that the constitutional system accords to other systems, the recognition of the balance between powers, the adherence to judicial decisions and, in the end, the shares idea that the future construction of a democratic community is only possible respecting the legal framework which is the expression of popular sovereignty”, as the Supreme Court´s text adds.