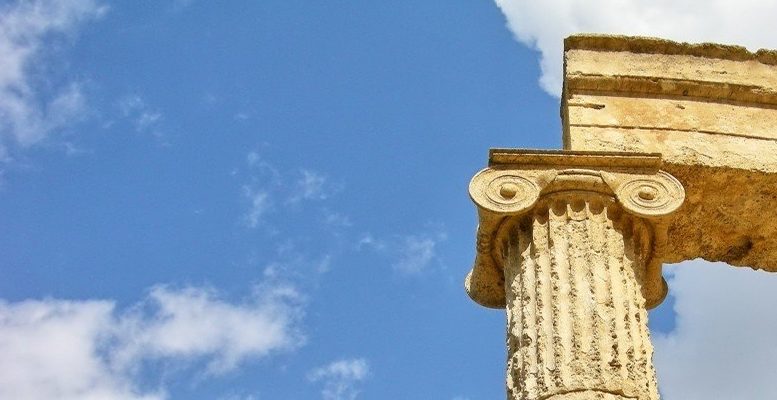 Ioannis Glinavos via Macropolis |Greece is heading for a general election on July 7. A great part of the political narrative around this election is a confrontation between a supposedly fantastical leftist alternative and a mature, European direction for Greece. The former is represented by Alexis Tsipras and SYRIZA, while the latter is allegedly promised by Kyriakos Mitsotakis and New Democracy.

Party political positioning is often a matter of marketing and expectation management, especially in a country like Greece, where voters are considered as subjects of stable political camps. There is something rather fragile about this narrative however, with a superficiality revealed in the attempts by New Democracy party, which is leading the polls, to dominate electorally.

Setting aside for a moment what SYRIZA represents and how Tsipras seeks to excuse and defend his record, there is a perception in Greece that centrist, economically liberal voters have nowhere to go other than towards New Democracy. With the demise of Potami and the gradual slide of PASOK/KINAL towards anti-neoliberal fanfare, Mitsotakis and his advisors assume that they have the centrist vote in the bag.

As a result, they are reaching towards the part of the electorate that leans towards the right, with messaging that is likely to attract nationalists. The sort of voters who, obsessed with issues such as immigration and the Macedonia name dispute, would have voted in the past for Panos Kammenos and his Independent Greeks (ANEL) party, and now are thinking of Golden Dawn or the likes or Kyriakos Velopoulos, who leads Greek Solution. How far can Mr Mitsotakis dog-whistle to this crowd before losing the support of centrist voters? A recent episode in the electoral campaign suggests that he may be close to crossing this line.

Recently, the parliamentary candidate for the South District of Athens (Area B) Konstantinos Kyranakis announced that a New Democracy government would immediately legislate a 2,000-euro handout for each Greek child. Reacting to the concern this about who will be entitled to the benefit, Mitsotakis declared in a campaign rally that this measure is meant for Greek families, accepting that half-Greek families (where one parent is a Greek) would also get it. The crowd, judging from the TV footage loved the idea, which presumably aims at addressing the concern about low birth rates in Greece.

There are two problems with these otherwise crowd-pleasing announcements. The first is one of legality. Benefits and handouts on the basis of nationality that discriminate between European Union citizens are expressly prohibited by EU law. Mitsotakis’s proposed policy means that an Irish family living in Athens will be denied this new child benefit. Everyone in such a position will (and should) apply immediately to the courts to challenge the legality of the measure, and they would win. I am sure however that if questioned, the party will confirm that the aim of any such measure is not to breach EU law by disadvantaging fellow Europeans. The measure is obviously targeted against the “others,” who are more foreign.

Therein lies the second problem. Even if one assumes (which is far from certain) that non-EU nationals can be discriminated against in the provision of social benefits, it is worth enquiring if such a policy is morally and politically desirable. Let us think of it this way. How would Kyranakis (for instance) think if I, a Greek citizen resident permanently in London, were to be denied child benefits for my non-British children? Can the UK pursue policies that incentivise British citizens to procreate and not others who live legally in England and pay handsomely taxes to the UK government?

If yes, why stop there and not instigate a series of other incentives for locals, discriminating against foreigners? What would the average Greek voter think if it were their children living abroad (the famous ‘brain-drain’ exiles) at the receiving end of such discrimination? Or does the average Greek think that Greeks in Britain are considered European, and therefore desirable? Are Europeans more desirable than foreigners, or perhaps are some Europeans better than other Europeans? Are all of them better than third country nationals? Brexit may hold the answer to that question.

You obviously get where this is going. The aim of these policy announcements on the part of New Democracy have nothing to do with Greece’s demographics and everything to do with the terms ‘Greek family’ and ‘Greek children’ with emphasis on the ‘Greek’. They are casual racism playing to base instincts of xenophobia. This is the rhetoric of the fringes of the right, which every modern, European-looking party ought to disown.

My message to Mr Mitsotakis is this: Does he feel confident enough that centrist, liberal voters identifying with European ideals are his and his alone? Does he think that he can safely play to a far-right gallery to ensure his parliamentary majority by weakening minor far-right parties? On my way to the ballot box on 7 July, I would like to have the answer to these questions. I would like to know whether New Democracy is a modern European party of reform, or whether it is an assortment of people who simply would prefer to be in power, rather than the incumbents. I think, as a Greek, as a European, as a citizen, I deserve to know.