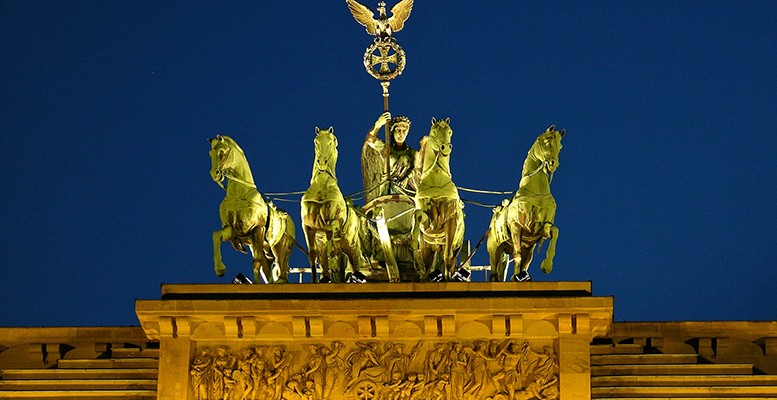 PARIS | Francesco Saraceno | I was puzzled by Daniel Gros’ recent Project Syndicate piece, in which he claims that Germany’s dominance of the EMU may be coming to an end. Gros’ argument is based on two facts. The first is the slowing growth rate of Germany, that seems to be heading towards the pre-crisis “normal” of slow growth (Germany grew less than EMU average for most of the period 1999-2007). The second, more geo-political, is the lack of willingness (or of capacity) to manage, the crises that face the EU (in particular the refugees crisis).

Gros concludes that this loss of influence is dangerous, because Germany will not be able to resist the changes in policies that are pushed by peripheral countries and by the ECB. Of course, implicit in this statement, is Gros’ belief that these policies were necessary and useful.

I welcome the recognition that Germany has steered the EMU since the beginning of the crisis. Those of us talking about the Germanification of Europe have been decried until very recently. Yet, I do not share, not at all, Gros view.

True, Germany’s growth is slowing down. These are the risks of an export-led growth model: countries are not masters of their own fate. Germany stayed clear from the peripheral countries’ crisis (that it contributed to create) by turning to the US and to emerging economies as markets for its exports. But now that these countries are also having problems, the limits of jumping on other countries’ shoulders to grow, become evident. I am surprised by Gros’ surprise, as this was evident from the very beginning.

But here I do not want to reiterate my criticisms of the export-led model, starting from the fallacy of composition. Instead, I would like to challenge Gros’ argument that Germany influence is waning. I would say on the contrary that the Germanification of the eurozone is almost complete.

I took a few macroeconomic variables, and contrasted Germany with the remaining 11 EMU members. Let’s start with (missing) domestic demand, a defining characteristic of the export-led growth model: Since 2007, the yellow line (EMU11) and the red line (Germany) converged, mostly because domestic demand in the rest of the EMU was reduced. This led of course to an increased reliance of the EMU as a whole on exports. The EMU as a whole had an overall balanced external position in 2007, while it has a substantial current account surplus today (the EMU12 went from 0.5% to 3.4 projected for 2016. Germany went from 7% to 7.7%). In other words, the EMU11 joined Germany on the shoulders of the rest of the world.

Austerity has of course much to be blamed for this compression of domestic demand: Just look at government balances (net of interest payments): True, the difference between Germany and the rest of EMU is today larger than in 2007. But since Germany and the Troika took the driving seat in 2010, government balances of the EMU11 have been steadily converging to surplus, and they are not going to stop in the foreseeable horizon (the Commission forecasts go until 2016).

Finally, if we look at one of the main drivers of growth, investment, the picture is the same: Be it private or public, the EMU11 Gross Fixed Capital Formation has been converging towards the (excessively low) German level (I did not draw the differences, not to clutter the figure).

And of course, there are labour costs, for which convergence to Germany was brutal, even if the latter, rather than EMU peripheral countries, were the outlier. To summarize, during the crisis the difference between Germany and the rest of the EMU was substantially reduced, and will continue to be in the next years: The difference was reduced for all variables, except for government deficit. Self-defeating austerity slowed down the convergence. But private expenditure, in particular investment, more than compensated.

So, if I were Gros, I would not worry too much. The Germanification of Europe is well on its way. If Germany does not go to the EMU11 (it definitely does not!), the EMU11 keeps going to Germany.