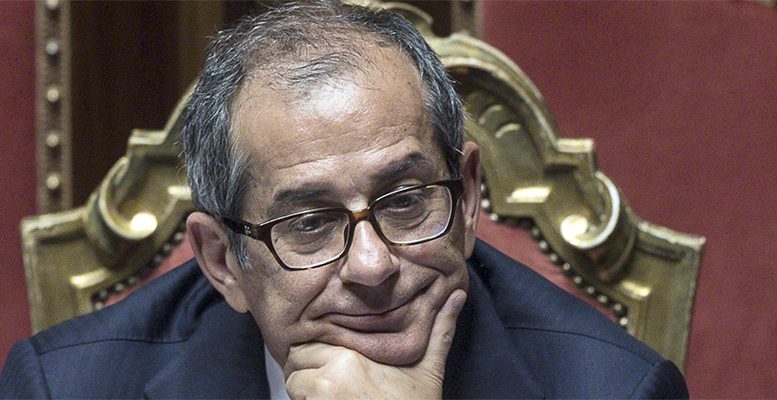 In the initiative launched by the Italian authorities towards Brussels, the adequate single approach of avoiding confrontation and waiting to have all the information before commiting itself has been confirmed. The President of the Eurogroup reinforced this approach yesterday by recalling that the creation of a budget is a long process and that he will have to await the draft before giving a firm opinion.

The established time limits state that the European Commission should receive the draft on 15 October, at the latest, and allow a period of 10 days for the Commission to give its opinion, including the possibility of rejecting it. For the moment, we are waiting for what was agreed last week to be embodied in an official amendment to the Economic and Financial Document of 26 April, giving somewhat more certainty as to what one can expect from Italy´s public accounts. So far the only certainty one can have is that the deficit target for 2019-2021 will be set at 2.4% of GDP. We need to refer to the interview with Economics Minister Giovanni Tria in Il Sole 24 Ore to know more.

Tria, as he had to, adopted a positive and calming tone about the the budget plans, even if we consider it unrealistic. Firstly, he projected Italian growth at 1.6% in 2019 and 1.7% in 2020, which contrasts with the forecasts of the Bank of Italy and the consensus collected by Bloomberg, which, if we combine both forecast exercises, results in a range of growth figures from 1.3% to 1.0% until 2021. In fact, the Italian authorities have shown themselves too confident in the positive effects of their short term measures to encourage activity, from the relaunching of public investment to private investment, passing through an increase in consumption.

According to Tria, things will be different this time and, for example, more public investment will not only be budgeted, but will also be carried out and its positive impact will quickly be felt. The question is whether they will go for small scale projects, as envisaged in the beginning, this would be posible. But if they opt for major projects it will be very difficult, given that, simply, their design takes months. Therefore, once more, we are confronted by the optimistic suppositions which are often used to justify certain stimuli and, at the same time, a reduction in the level debt against GDP is being proposed of only 1.1 percentage points per year between 2019 and 2021, as opposed to the 8.8 percentage points for the whole of this period in the plan that is being revised.

The scarce reduction in the debt, even if in Brussels they believe the rest of the new macroeconomic framework elaborated by the Italian authorities, will be what makes the budget unacceptable. The procedure for excessive deficit would be activated with figures above the familiar 3%, in the case of debt above 60% of GDP, when it is not converging at a sufficient rate towards that target. A rate which is defined as a proportion of 1/20 of the existing difference with the 60% during a period above three years, on average. In practical terms, this would mean that in 2021 Italian debt should be around 121% of GDP as opposed to the around 128% which, now, seems to be projected for this year.

A priori, the European Commission will reject Italy’s budgetary plans in the second half of October and will insist on being sent a new draft which is adjusted to community regulations. Until that moment, it will maintain a low profile which allows no margin for confrontation with Italy, hoping that the market will force the Italian authorities to concede. For now, the yield on 10 year bonds (3.299%) is comfortably above the maximums of the period of tension in May (3.164%) and the yield on 2 year bonds has risen to 1.316%. These figures show the reality of market pressure which is much more effective than the activation of the long and tedious excessive debt process which, in the worst of cases, would result in a sanction amounting to up to 0.2% of GDP and the retention of cohesion funds.

This cost, unlike the severe market punishment which could happen, would be a cheap price for La Liga and M5S to pay for their confrontation with Brussels.