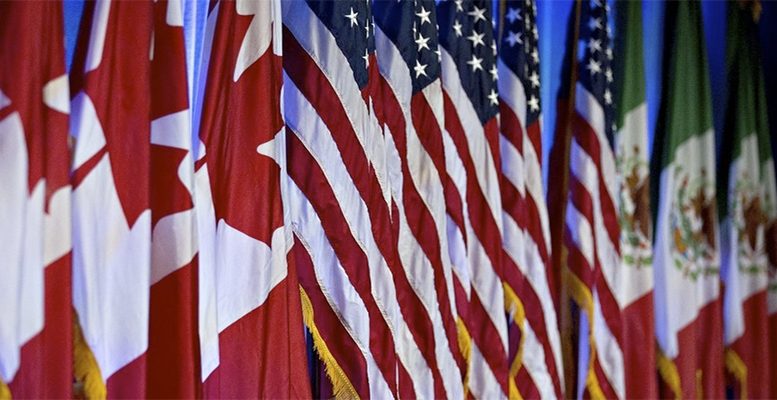 The US and Canada have reached a trade agreement which will replace the existing NAFTA (North American Free Trade Agreement). Through a joint communique, the US trade representative, Robert Lighthizer, and the Canadian Foreign Minister, Chrystia Freeland, revealed they had achieved a “new and modernised trade agreement for the 21st century: the US-Mexico-Canada agreement (USMCA, according to the initials of each country), which “will create good well-paid jobs and new opportunities”. According to Intermoney, this is the typical rhetoric of these events which should not be paid too much attention:

The risk now being that tensions will be renewed with China following rapprochements with the NAFTA and European allies.

Regarding this, analysts at Julius Baer think that the agreement “obviously raises hopes” that also the trade conflict between the US and China will be settled soon:

Although this is possible, we do not think that it is very likely given the geopolitical rivalry between the US and China. Nevertheless, the compromise reduced the risk of a global trade war and is hence positive for risk appetite and mildly negative for the US dollar as a safe-haven store.

In opinion of Link Securities’, the new agreement shows, together with the recent agreement between the US and South Korea, the ability of the US administration to negotiate and secure new trade agreements, which opens the door, in the near future, to do the same with Japan and even the EU, but see it more difficult with China.

The problem with this country is not only commercial, but the fact that the US is accusing China of “stealing” technology and intellectual property in American companies while operating there.

The text of the agreement will be available for the countries involved in the next few hours. Although still not oficial, it seems it will be signed on Sunday 7 October.

Enrique Peña Nieto, current President of Mexico, leaves his post in November. Therefore the plan is that the three leaders of the North American countries sign the agreement before the end of November and subsequently submit it to the US Congress. The agreement can be reviewed every six years.

The negotiations between the US and Canada focused on improved access to the Canadian dairy market for US farmers, as well as effective Canadian agreement to limit the export of cars to the US. Moreover, the agreement will modernise the current NAFTA, acting provisions on digital commerce and intelectual property.