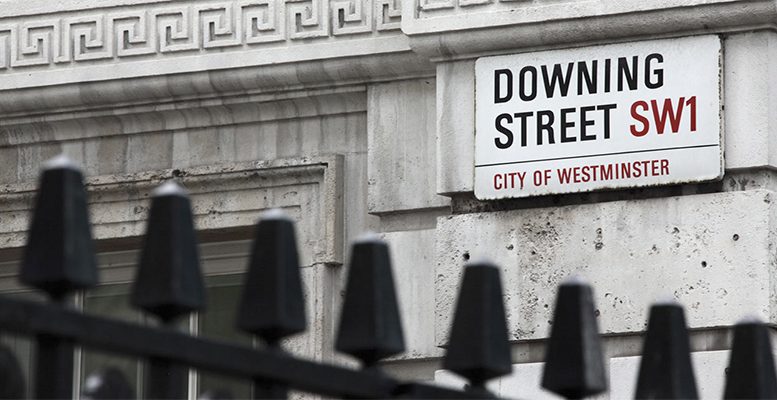 John Bruton | British Prime Minister Theresa May has decided to call an early election before the practical outworking of her Brexit strategy becomes obvious to voters. She wants to be free to modify her strategy, and for that, she needs a bigger parliamentary majority.

She claims otherwise. Instead, May says she is calling the election because the other parties oppose her Brexit strategy. They don’t oppose it, actually. They have cooperated with it to a point that makes little of parliamentary sovereignty.

The only opposition party that opposes her strategy outright is the Scottish National Party (SNP), which takes that position because that is the way Scotland voted in the Brexit referendum. In any event, the SNP could not bring May’s government down on Brexit unless the Labour Party, the Liberal Democrats and, most importantly, a significant number of Conservatives voted with it, which is unlikely to happen.

Rather more bizarrely, May justifies her call for an immediate General Election on the grounds that the Labour Party has threatened to vote against the final agreement she may come back with in two years’ time. What does she expect? That the main opposition party would give her a blank check on the terms of Brexit?

Usually, negotiators actually find it useful to be able to say, when looking for a concession, that if they do not get it the overall deal might be opposed in Parliament. If she is to be believed, May apparently wants to give up that negotiating chip.

The prime minister ostensibly defends the sovereignty of the British Parliament. But now she is calling an election because the opposition will not promise not to exercise their sovereign parliamentary rights.

None of the reasons she has advanced are the real ones for which she has sought an early election. May is seeking an election to increase her overall majority, so she will no longer be dependent on a hardcore group of around 60 Euro-hostile Conservative MPs, who hold disproportionate power at the moment because the Tory overall majority is so small. For these MPs, hostility to the European Union has become a religion — a religion that brooks no argument, and a religion for which any economic sacrifice can be justified, even the sacrifice of the livelihoods of their own constituents. May does not want to find her day-to-day negotiations with the rest of the EU subject to the whim of these people, by whom the slightest compromise with the EU 27 will be portrayed as a betrayal.

It is important to remember that Prime Minister May, like the rest of her party, has never taken much interest in how the EU works, in its procedures and rules, and in the compromises that underlie its very existence. She has this in common with many politicians in bigger European countries, who treat the EU as a sideshow to national politics.

So, even though her party sponsored the idea of holding a referendum on leaving the EU, she did not give much thought to what leaving the union might actually mean until the last few months, when it suddenly became clear something that was actually going to happen. In a sense, she and her party are now finding out a lot about the EU for the first time, just as they are leaving it.

Her first reaction to the referendum in June 2016 was to get her party members behind her as their new leader. So, she told the Conservative Party Conference last year that she would go beyond the mere terms of the referendum. She would not just leave the EU. She would refuse to join the European Economic Area (unlike non-EU member Norway) and the EU Customs Union (unlike non-EU member Turkey). This hardline bought the temporary quiescence of the Euro-hostile MPs, up to and including the terms for triggering Article 50.

But now come the actual negotiations. This is where May’s rhetoric at the Conservative Party Conference meets the reality of a rules-based international trading system. In such a system, unpleasant compromises are essential if you are to persuade others are to open up their markets to your exporters, to your bankers, to your planes and to your people.

In a rules-based international trading system, you cannot — unilaterally — make, interpret and enforce the agreed rules in a way that suits only you. There has to be a common system, which involves some concession of sovereignty. You often have to accept an external enforcer, like the European Commission or an international court. And you often have to accept an external body interpreting the meaning of the rules — like the European Court of Justice or a disputes panel of the World Trade Organization.

I have been reading publications of Conservative-supporting think tanks, like the Bruges Group and Leave Means Leave, and they are now discovering how costly it will be for the United Kingdom to leave the EU Customs Union. Britain will have to introduce customs controls on the goods bought and sold between the UK and the EU. This will involve checking where the goods came from, if they are properly labeled, if they are safe and if the tariffs due have been paid. The delays will be horrendous. Customs clearance alone will add 8% to the cost of goods arriving by sea from Ireland or the rest of the EU. At the moment, 90 million customs declarations have to be checked in the UK for goods arriving from outside the EU. Once Britain itself leaves the EU Customs Union, UK officials will have to check 390 million documents.

By leaving the EU Customs Union, the UK will not only exclude itself from duty-free access to the EU market, which represents around 50% of UK trade. It will also lose the benefit of trade agreements the EU has negotiated with 60 other countries, which account for a further 17% of UK exports. For example, since the EU negotiated a trade deal with South Korea 10 years ago, UK exports to that country increased by 110%. Leaving the EU means giving that up — temporarily and, perhaps, permanently.

Prime Minister May is also beginning to discover that her hardline on immigration will have costs. Around 20% of employees on UK farms and 29% of employees in UK food processing plants are EU nationals, who will lose their right to live and work in the country. When Britain tries to negotiate trade deals with countries outside the EU such as India, it will likely face demands for more Indian migration to the UK.

British airports will lose business when the UK has to leave the EU Open Skies Agreement with the United States. More US transit traffic will be routed through Dublin. The UK will also have to try joining the European Common Aviation Agreement as a separate member, if UK-owned airlines are to have the right to fly passengers between EU airports. Rivals will not make it easy for them.

UK farmers and food producers will find themselves facing tariffs of 35% on dairy exports, 25% on confectionary and 15% on cereals. Lamb production will be hard hit.

So, if May wants to be able to make deals to avoid some of these bad outcomes, she will need the sort of flexibility that her Euro-hostile backbenchers would not allow her. That is why she is calling a General Election now.

But the strategy may backfire. If, during the election, she is forced into explicitly ruling out various possible compromises with the EU, she will end up with less flexibility than she has now.

A lot will depend on what the Conservative Party manifesto says about how the practical problems of Brexit will be tackled. Will it deal with these issues specifically at all? Will Theresa May be able to get through to June 8 relying on reassuring generalities about problems like customs delays, bureaucracy, higher air fares, the end of farmer income supports, migration policy after Brexit and the loss of access to markets for British exporters?

Given that May is not taking part in TV debates, she may be able to avoid these questions, but six weeks is a long time in politics.