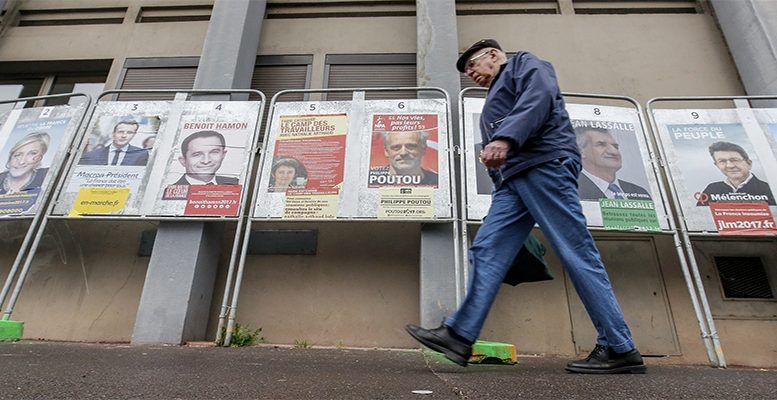 European capitals have welcomed with relief Macron’s victory in the first round of the French presidential elections. It built on Fillon’s natural supporters’ frustration at the corruption scandal besetting their favourite candidate from the outset of the campaign. It also benefited from early support from prominent Socialist leaders unhappy about Benoît Hamon representing the party. Mr Macron’s field received additional support when he appeared as the only serious challenger to Marine Le Pen in the weeks leading up to polling day. Many undecided voters cast their ballots for the person better placed to thwart the National Front’s assault on power.

The disgraceful way Ms Le Pen dismissed French police involvement in Jewish persecution under Nazi occupation played a considerable role in discrediting her denials of nurturing any sympathy for one of darkest episodes of that country’s recent history. She may have also lost many voters to Mr Mélenchon whose views on globalisation and Europe were in many respects close to her platform. Thus, on the eve of the elections, many citizens saw Mr Macron as the only solid bastion against outright populism.

In the second round, support from centre-right parties plus the Socialists ensure a likely win for the youngest candidate in this race. However, the political future of France will no longer just be confined to electing the President. This is because in sharp contrast to his predecessors, Macron lacks any organised party supporting him. Even if he sets up a fresh new movement the traditional parties might make a comeback leaving him with the uncomfortable prospect of being forced to choose a Prime Minister from the Gaullist party. Co-habitation has worked smoothly in the past, and there is no reason to doubt it might do so in the coming years. Yet such a prospect might jeopardise the hopes of addressing the deep “malaise” in France which the poll results reveal. Should the new President fail to deliver as expected, populism could gather increasing strength.

Even if Macron’s lead in the first round seems comfortable enough, support for extremist parties represents more than half of total votes. An extremely worrying outcome, especially taking into account that France’s economic outlook is currently improving as growth picks up, curbing unemployment. As extremism splits itself into two quite divergent baskets of a roughly similar size, the danger it might take over government seems very slim. Yet it could make gearing the country a very fragile and unstable undertaking. Let’s hope Mr Macron will master the ability to face this handicap for the sake of France and Europe.