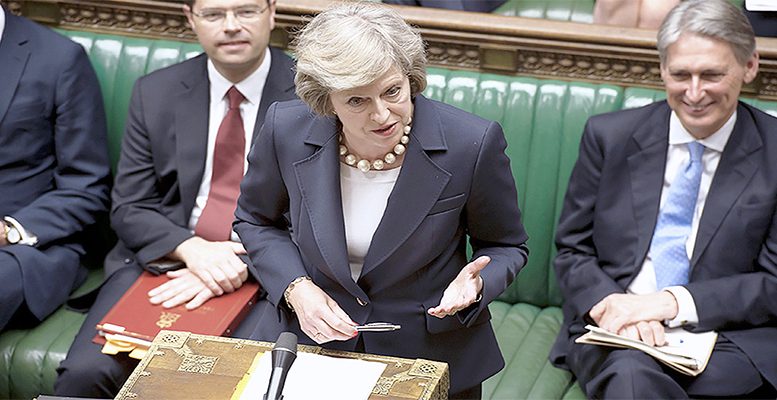 The Prime Minister has dramatically shifted her Brexit plans. She no longer clings to forcefully maintaining them against all the odds. Her doomed proposal will suffer yet another rebuke from Parliament. Immediately, she will put on vote the ‘no deal’ option, betting it will sink deep enough to thoroughly disallow its supporters. The last step of her strategy will lead to request the European Union extra time before triggering the outbound deadline.

Her new plan counters Jeremy Corbyn’s fresh proposal for a new referendum, even if the Labour leader still insists on putting to vote his fanciful solution for a half Brexit. An unworkable device that will ruin any chance his Party may have in snatching victory at the next General Elections. Polls show Labour plummets, its potential support shrinking from nearly 40% only a few weeks ago to a mere 25% now.

Undoubtedly, Ms May is ready to launch a snap election playing on the current weakness of the main Opposition Party. Should she secure an overall and comfortable majority, her enhanced authority would provide a better position to enter into serious negotiations for a solution on the Irish border. She would also take revenge on Brexitiers that are turning her tenure in office a daily nightmare.

A strengthened position at home will provide her ample room of manoeuvre for reaching a reasonable agreement, even if it involves shelving much of her previous hardline views. Yet, it is far from clear she could table a proposal satisfying the EU requirements. As time goes by, the UK remaining in limbo, pressure might mount to accept that divorcing from Europe stands as the worst option. Hopefully, such alternative seems almost impossible unless driving for a ’no deal’ outcome only hardline Brexitiers are ready to support.

It is a pity that half of the British population that rejected separation in the referendum lack proper representation in the House of Commons. While many of its members are staunch remainers, they fail to exert decisive influence in their own Party-line. As combined bipartisan action doesn’t match British politics, there is little hope that any of the major Parties will support a stay-in-Europe stance. Even Labour apparently favouring now a new referendum would press for a mini-divorce agreement beforehand. As long as Jeremy Corbyn preserves his leadership, it will never embrace a pro-European stance.

Only time can drive the political class in the UK to acknowledge that turning Brexit into oblivion stands the only sensible way to overcome the current disarray and divide in their ranks and their country.