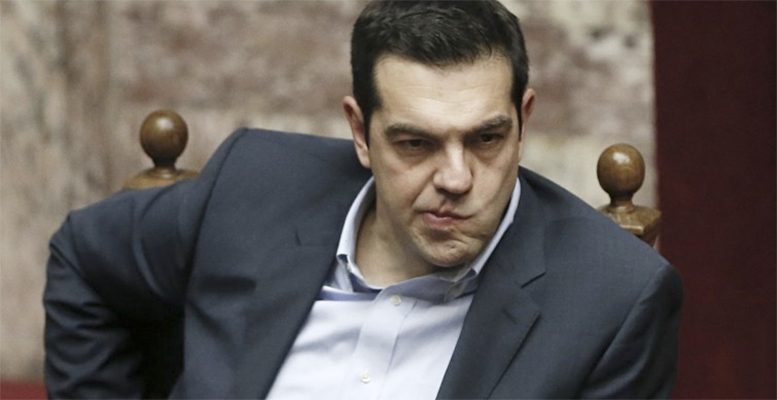 Nick Malkoutzis via Macropolis | It has usually been the case during the last seven years that when a Greek government is nearing an agreement with its lenders, there is an upsurge in the amount of misinformation, disinformation and downright propaganda that Greeks hear and read.

The past few days have been no exception. There have been imaginative articles about a plot to hold a euro/drachma referendum, proclamations that the era of austerity has come to an end, claims that the International Monetary Fund has abandoned its long-held positions and that the coalition has signed up to even higher primary surplus targets.

Quite simply, none of this is true. Some of the Greek media, either by choice or because of a lack of comprehension, has been swept up in the spin storm created by the government and the main opposition party, New Democracy, in the wake of Monday’s agreement at the Eurogroup. Either that or Carnival season has made everyone take leave of their senses.

What was agreed in Brussels at the beginning of the week was that the institutions would send their missions back to Athens in an attempt to conclude the review. The lenders took this decision after the Greek government accepted the basic condition set by the other side, which is the upfront legislation of new measures.

The two measures demanded by the creditors are the reduction of the tax-free threshold for personal incomes and cuts to main pensions. The fiscal impact of these measures will be one of the issues discussed next week. The initial demand from the International Monetary Fund is that they should be worth 2 percent of GDP, or 3.6 billion euros, but Athens is hoping to reduce this volume to 1.5 percent of GDP, closer to 2.5 billion euros. As a result, it is not yet clear what level the tax-free threshold will drop to from its current 8,636 euros, nor by how much existing pensions will have to be reduced.

The coalition accepted it would have to legislate these measures upfront once it had assurances from the creditors that the two sides would also agree on a set of “counter-measures” to offset the impact of the pension and tax reforms if Greece manages to beat its fiscal targets after 2018. Athens is hoping that, among others, it will be able to reduce property tax (ENFIA), VAT on electricity bills and basic food products and increase social spending.

At home, government officials presented this as a momentous victory, marking the end of austerity because the package of measures agreed would be fiscally-neutral. This was the interpretation given by a government that knows it will have to adopt difficult measures, ones that could put its slim parliamentary majority at risk, and needs a positive narrative to present to MPs, party officials and voters.

The coalition is justified in saying that the package of measures will be balanced in fiscal terms (according to what is known so far) and that it will all be agreed and legislated at the same time. However, it is obfuscating when it comes to the implementation of the measures. Government spokesman Dimitris Tzanakopoulos said on Tuesday that all the measures agreed would apply from 2019. This is not accurate as the counter-measures that the Greek side introduces will only be implemented if the fiscal targets, which will be 3.5 percent of GDP, are achieved.

Speaking in Parliament on Friday, Prime Minister Alexis Tsipras tried to link the “positive” measures, aimed at easing the burden for many Greeks, to the fiscal forecasts. It is true that the European Commission already predicts (without the introduction of any new measures) that Greece will hit a 3.5 percent primary surplus after 2018. If this is the case, the extra pension and tax interventions will take it well over the finishing line and allow the counter-measures to be implemented. Athens can also point to the indications that it comfortably beat its primary surplus target in 2016 as further evidence that all the relief measures it agrees with the lenders will apply. These are all valid points but it is still inaccurate to suggest that the implementation of cuts to the property tax or VAT will not be contingent on future fiscal performance.

By the same token, it is misleading for New Democracy to argue (as it has) that Tsipras has signed up to achieving a primary surplus of 5.5 percent of GDP, or 10 billion euros. While the new fiscal measures that Greece will have to adopt are likely to push Greece’s surplus well over the 3.5 percent of GDP mark, this would trigger the implementation of the counter-measures to cover any of the excess. This means that the primary surplus will never exceed 3.5 percent of GDP and is the whole point of the negotiations that will start in Athens next week.

The government’s argument that this marks the end of austerity does not stand up to scrutiny, though. Again, Tsipras needs an optimistic message to put out at home. But the reality is that Greece will have to produce large primary surpluses for many years to come, which will continue to put pressure on its economy and citizens, while keeping public spending in check. Austerity has been with Greece for several years (read Yiannis Mouzakis’s recent blog for a clearer picture on how much austerity has been applied) and is not about to disappear any time soon.

The exact fiscal targets for the coming years will be another topic of negotiation but the starting point is 3.5 percent of GDP for 10 years after 2018, which is supported by Germany.

What can be said about the latest set of measures and the way they will be weaved into a broader package is that it is the start of an opportunity to rebalance Greek public finances. Lowering the tax-free threshold means widening the tax base, which is intended to free up fiscal space so taxes can be cut, boosting growth. Reducing pension spending means that funds can be diverted to creating a more comprehensive welfare system, one that might be able to provide help to the long-term unemployed, for instance.

This is why European Economic Affairs Commissioner Pierre Moscovici argued on Monday that the latest agreement represents an effort to move from austerity to reform. Eurogroup chief Jeroen Dijsselblem went to great lengths to stress this point at the same press conference. It is not just the Greek government that wants to change the message regarding what is happening in Greece.

The vital element to binding all this together and actually presenting Greece with an opportunity to move on and start leaving the crisis behind is debt relief. The eurozone lenders have been extremely cagey on this subject, which is just as politically sensitive for them as it is for Tsipras to discuss further pension cuts. Dijsselbloem indicated on Monday that once the Greek government and the missions conclude their negotiations and there can be a staff level agreement, the discussion about debt sustainability can begin.

The IMF has been clear for some time that it deems a clear commitment to credible debt relief from the eurozone to be vital if it is to join the Greek programme with funding, as Germany and several other member states want. During her visit to Berlin on Wednesday, IMF managing director Christine Lagarde repeated this message, although it was packaged in a manner meant to be palatable for the German audience in this pre-election period. She stressed, for instance, that the Fund was asking for lower interest rates and longer maturities, as opposed to a haircut, and that any debt relief would apply from 2018, rather than now.

These have been IMF positions for some time and are reflected in a Eurogroup statement from last May, as well as the debt sustainability analysis the Fund published earlier this month. For some reason, though, there were those in Greece who interpreted Lagarde’s comments as a sign that the Fund had abandoned its positions and adopted Germany’s view that there should be no haircut and discussion about relief now. One newspaper claimed of “red lines” being crossed, while a journalist claimed on TV that this meant the target of agreeing medium-term debt relief measures now had been lost and no discussion would take place until next year.

Fortunately, IMF spokesman Gerry Rice cleared up matters in his press briefing on Thursday, when he made it clear that the Washington-based organisation has not dropped its dual demands: Reforms from Greece and debt relief from the eurozone.

This point was also driven home in a blog published by IMF officials a few hours later.

So, amid the spin and misunderstandings, there is some clarity: Greece and its lenders will have to agree in the next few weeks the volume and type of tax and pension measures Athens will have to adopt, as well as the counter-measures that will be triggered if future fiscal targets are beaten. Once this is in place, along with the other tricky elements of the review (such as labour reform), there will have to be a staff level agreement marking the conclusion of the review. Greece will then have to legislate the measures and the eurozone will have to give the IMF the assurances it wants on debt relief for the process to draw to a close. We are now aware of the steps that need to be taken, but what we don’t know is if all those involved are prepared to take them