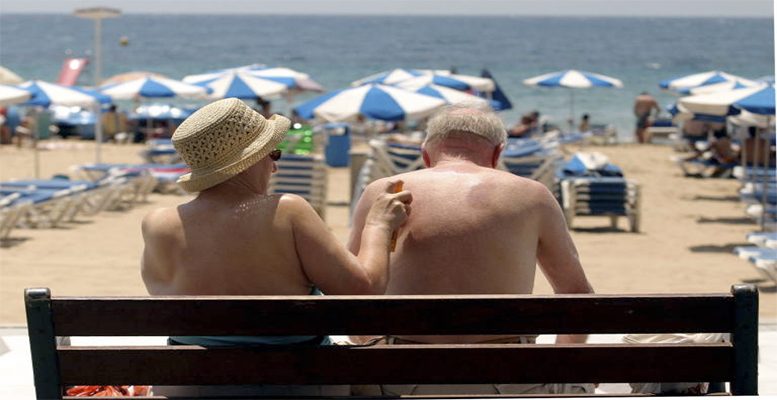 In these uncertain times, politics seems to have lost many of the certainties that had been so clearly signposted for voters in the Western World in recent decades. The terms “left” and “right” have often become hard to pin down, especially since the arrival of a gamut of disruptive populisms.

On Spain’s Mediterranean coast, as the UK’s June 8th  general election approaches, the huge British community has been living a curious variant of this. Officially, around 300,000 UK citizens live in Spain, although some estimates treble that number when including those who travel back and forth between the two countries or who are simply not registered as residents. While traditional Labour and Conservative voters make up most of those expats, they find themselves united on two issues of great importance to them.

The first of those is Brexit. There are no official figures telling us how expats in Spain voted in the referendum last June, but any British resident on the Costa del Sol or Costa Blanca will tell you that the vast majority of their compatriots in Spain voted to remain. In most cases that was not due to any political belief in the EU project, but rather concern about what Brexit would mean for the pound-euro exchange rate and their free healthcare.

Since the vote, the pound has dropped, weakening the spending power of British expats, including the many who receive an old age pension from their native country. The healthcare worry is still up in the air: expats fear that losing their EU membership status means they will also lose the right to use Spain’s impressive national healthcare facilities for free. Almost all the British expats living on the coast I have met recently were deeply concerned about life post-Brexit, whether they were Tories or Labour supporters.

“Everyone we know feels exactly the same as us,” one pensioner told me in Mijas, near Málaga. “We came over here knowing we’ve got healthcare, it was never going to be a problem and suddenly the carpet’s been pulled from underneath us.”

The other worry, or rather source or frustration, is the fact that thousands of these British residents are not even eligible to vote in the UK general election, because they have been out of the country for more than 15 years.

“The political parties in the UK are never going to be that concerned about people overseas, because [there are] not enough of them to make a difference,” says Alf Brewer, who campaigns for the Labour Party in and around Fuengirola on the Costa del Sol.

These expats will be among the most affected by their country’s divorce from the EU, and by extension, the result of the general election. But the Brexit-related campaign Messrs May and Corbyn are waging 1,000 miles away is all about borders, trade deals and macroeconomics. The rights of Britons living abroad are rarely mentioned. One irate long-time Conservative voter who spends much of the year on the Costa del Sol told me that the UK’s National Health Service would collapse if all the British pensioners in Spain returned home. It may have to come to that before their voice is heard.