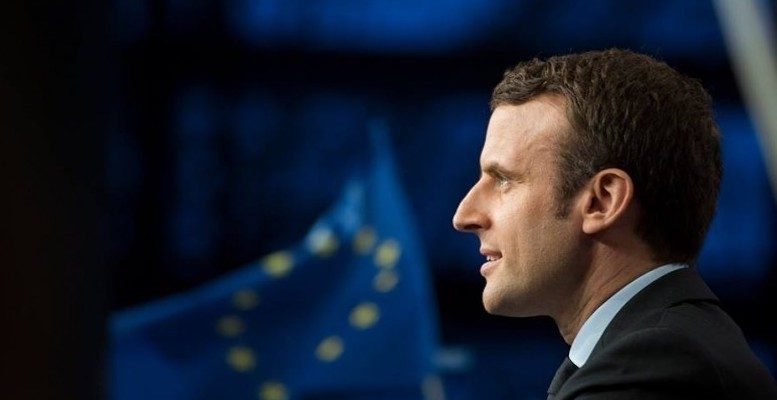 A call for people to see sense has resonated throughout Europe in the wake of Emmanuel Macron’s victory in the French presidential elections. As Italy’s finance minister Pier Carlo Padoan says, we mustn’t squander the chance offered by the new president of France.

Macron wants to solve the problem of the stability of the euro and its finances once and for all. As we know, the euro is the cause of an increasing discrepancy between debtors and creditors in Europe, coincidentally between the north and the south. Some of the debts the south has with the north can be considered unpayable, irrespective of how far the repayment period is extended.

Macron hasn’t firmed up his proposal but, from what he has already said, it’s focused on some kind of Fiscal Union. This would mean a single finance minister and, inevitably, a single debt in euros, common to all (although he has not said this) in Europe. What nobody knows about is the most difficult issue, the transition process. What is known is that it’s absolutely necessary.

Wolfgang Münchau explains this very well in last Sunday’s FT. It’s not the first time this possibility has been talked about, something which the Germans have rejected outright. But things have only got worse, and the euro is not safe from another crisis like that of 2010-2011, when it was on the point of imploding.

One of the proposals put forward at that time, and the one which had most support, was to mutualise outstanding debt, but only up to a certain amount: debt in excess of 60% of a country’s GDP would remain that country’s debt. The rest would be exchanged with the creditor for new European debt issued by the new entity. This would remove a good amount from under the speculation radar in the event of a crisis, sufficient to avoid a new bond crisis.

Actually this is what Draghi has done with his quantative easing, buying debt from all countries. But this is circumstantial and not permanent. There is one fundamental element lacking in this monetary policy which has saved the euro, which, for the example, the US has: a tax ministry which coordinates issuance and monetary policy, strengthening the former and making it inspire more confidence. And establishing a spending policy which is also removed from the temptations of venal and corrupt politicians like the ones in our country, which would not be insignificant.

It’s important to bear in mind that it’s not about public investment policy, but about policy which is basically anti-cyclical, which would begin by centralising the subsidies to those unemployed in the EU. This would have a zero redistribution effect on structural funds, which are earmarked for reducing the impact of the unneveness in income and social capital. A fund to combat unemployment would not necessarily come from the north and go towards the south; it could just as easily go from Spain to Germany, if Spain was at the high end of a cycle and Germany was in recession, with an increase in its jobless rate.

Some years ago, I made a similar proposal in “The euro and the dollar: long-term fundamentals”, article in the publication “Economía Exterior”, number 20, in Spring 2002. I tried to warn that the problem with the euro was that it eliminated an important adjustment valve in the cycle, to the extent that the cycles in countries within the euro were different. As they do in the US, a system of natural anti-cyclical flows needs to be developed which raise and distribute funds from a central point – cyclical fiscal stabilisers – depending on the cyclical position of a state compared with others. When Alaska is in recession, it receives state funds for the unemployed and these funds are covered by the state’s excess revenues resulting from the cyclical boom in Minnesota.

The euro has blocked any adjustment mechanism and it hasn’t provided any substitute, or even worse: a policy of austerity for all which has only aggravated the Great Recession. The fiscal centralisation of at least a good part of the national budgets would help to substitute one adjustment valve for another,

Fiscal centralisation would be insufficient, but it would take away the weight of responsability from the euro for being the adjustment valve for financial imbalances. It would also remove the risk of its stability being called into question every time there are problems. If at least a part of national debts were converted into one single debt, unlimitlessly affordable for the ECB, a big problem would have solved. A problem which threatens to become a recurrent one. On the other hand, the debt which remains as national debt would be freely negotiated and there might be losses, but there would be no reason for this to affect confidence in the euro.