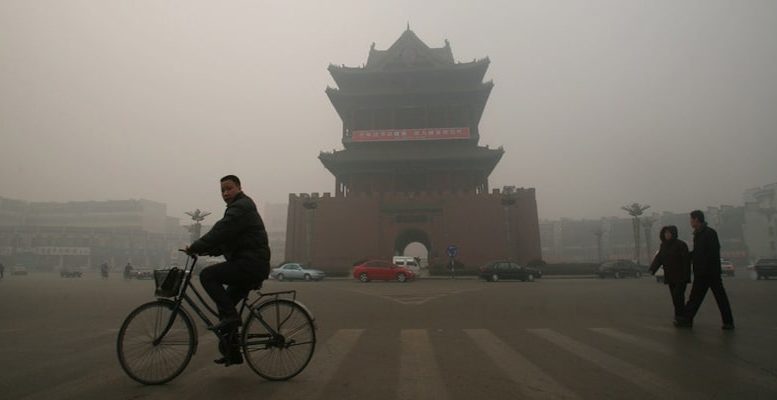 Caixin | Moody’s Investors Service on Wednesday downgraded China’s sovereign credit rating for the first time since 1989, warning that the government’s focus on maintaining growth will increase the country’s debt burden and erode its financial strength.

The move to lower China’s sovereign rating by one notch, from Aa3 to A1, which is the fifth-highest level and the same ranking as nations including Japan and Saudi Arabia, came even though Beijing has stepped up efforts to curb off-balance-sheet borrowing since March and President Xi Jinping last month renewed a pledge to safeguard financial stability and prevent systemic risks.

The Ministry of Finance blasted the downgrade as based on “groundless opinions,” adding that the company overstated the difficulties China faces in boosting its economic growth and underestimated the government’s ability to push ahead with structural reform and expand aggregate demand.

Analysts interviewed by Caixin on Thursday said the rating cut was a standard move by Moody’s after it lowered its ratings outlook for the nation to negative from stable in March 2016. While it may increase the overseas financing costs of Chinese companies and affect market sentiment in the short term, the downgrade is unlikely to have a major impact on the broader economy or on Beijing’s push to enable the yuan to play a bigger role internationally.

Below are excerpts from several analysts who spoke to Caixin:

“Moody’s had put China on its negative watch before, which eventually led to the downgrade. This is just like a boss firing an employee after he or she made no meaningful improvement after a bad performance assessment.”

“All changes to (sovereign) credit ratings come slowly. They will be discussed for a long time internally. They lag far behind what happens in the real world.”

“The upgrade of Indonesia to investment grade (by S&P last week) came after the market outlook improved for the country for two years.”

“Also many indicators take a long time to become available, including debt indicators. Now we can only see data for the third quarter of last year. Therefore (credit ratings agencies) can only give their ratings a second thought after many figures are published.”

“It will take one or two years before what the Chinese government is doing now (during the financial deleveraging campaign) can have an impact on changes in the rating. Nonetheless, the leverage rate is only becoming stable and has yet to come down.”

“Credit ratings have little impact on the foreign exchange rate.”

“The current rating is not very low. The reason why it didn’t cause too much market reaction was because what is affected most by credit ratings is not the foreign exchange market. Rather, the bond market is more vulnerable to credit ratings changes. They affect a country’s financing costs, especially overseas financing costs.”

“In the long run, the downgrade will raise the costs of many Chinese companies’ bond issuance abroad.”

“The yuan’s international push will still go on despite all the difficulties. Also no country would subject its decision on whether it would do business with China to China’s credit rating, especially when its rating is still high.”

“Foreign organizations have long been concerned about China’s government debt. But we don’t think it’s a big problem.”

“Take Japan as an example. Its debt-to-GDP ratio is the highest in the world, yet no crisis has taken place. The key issue is the structure of the debt. Newly added debt in China is mainly in the household and government sectors, which shows the debt structure is improving. So we are not too pessimistic about the debt issue.”

“The main negative impact might be that some international sovereign investment funds will no longer be able to make some investments in China, because they are obliged to follow the ratings in some of their decision-makings regarding portfolios in emerging markets.”

“I don’t think a single downgrade will have much impact on the push for a bigger international role of the yuan – it doesn’t mean China’s economy as a whole has a problem, after all.”

“Credit ratings have little impact on the yuan’s exchange rate. Rather, the rate is mainly affected by issues including to what extent capital can flow freely and the level of acceptance of the currency abroad.”

“The downgrade means China’s debt is still increasing, but Moody’s changed its outlook to stable, which suggests its assessment of risks is balanced now. Overall, we do not expect the downgrade to trigger a significant increase on China’s risk premium in the near term.”

“There will be limited impact on the internationalization of the renminbi, or whether it will be held as a reserve currency. The progress of expanding the use of the yuan globally largely depends on the Chinese government’s own efforts to further open up its capital markets to the rest of the world, and the downgrade will only be taken as a market reference.”

“It is likely that other credit ratings agencies may also downgrade China’s sovereign debt,” she said, noting that Standard & Poor’s rating is still higher than Moody’s and Fitch Ratings.

“China’s complicated monetary policy has sparked different interpretations on the market. The (Chinese) central bank raised (interbank) rates after the interest rate hike by the U.S. Federal Reserve in March. (China’s) central bank also boosted lenders’ financing costs through its open market operations. Financial regulators are strengthening efforts to regulate the market. Therefore there are different interpretations on the market on China’s monetary policy and on the top leaders’ intentions of the financial reform.”

“The downgrade clearly showed that Moody’s is concerned about the downside risks in the Chinese economy…and whether China’s debt problem can be solved effectively. It reflected its relatively negative opinion.”

“The downgrade may add pressure on capital outflows. The pressure eased earlier this year but increased a bit again at the beginning of April. Given the situation, (the downgrade) may have some impact on the foreign exchange market or capital outflow.”

“The central parity rate yesterday was stronger than values estimated by model calculations on the market, which we presume is intended to offset some of the negative impact (from the downgrade).”

“The downgrade will affect China’s financing costs. Capital inflows, especially funds going into China’s bond market, will be affected. So the downgrade will have some limited yet not significant impact on the internationalization of the yuan, in the sense that opening the interbank market and the domestic bond market (to foreign investors) is part of the push.”