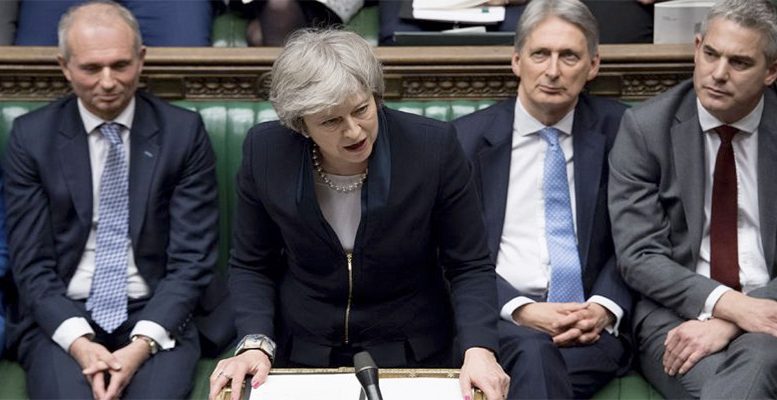 Theresa May’s defeat in the British Parliament is historic with a gap of 230 votes (432 votes against 202 against). The text that was validated in November by the British government and the European Commission will not be the canvas of the new European architecture.

What can happen? Philippe Waechter from Ostrum AM have in mind a scheme with all the alternatives. “Beyond Plan B that Theresa May must present in three days and that she obviously does not have, the United Kingdom will enter the land unknown because there is no trivial solution,” summarizes the analyst.

The question is who will carry the British government because the general idea is that Theresa May has to leave. Indeed, can Theresa May still be credible after her terrible defeat? Will she have the will to stay as Prime Minister? What can she bring now when she has put all her strength into the battle?

We can imagine general elections but who will take the 10 Downing Street? Theresa May? A brexiter? Or Jeremy Corbyn? The first has a problem of credibility, while no brexiter wants power as long as the issue of Brexit is not settled and the British left does not wish Corbyn for this job because he is too extreme and probably too volatile. This raises the question of who could take responsibility for a second referendum.

One can imagine an extension of Article 50 but why? The EU will not move, and rightly so, and the British have already tried to negotiate the best deal for them. The only reason that pushes in this direction is the idea that in fine reason will prevail and that the British will renounce Brexit.

“There remains the unilateral renunciation of the procedure which would be carried by Parliament or a Brexit without agreement.The uncertainty remains and will not be resolved for long as Theresa May will probably cling to her position when she no longer has the hand,” concludes Philippe Waechter.