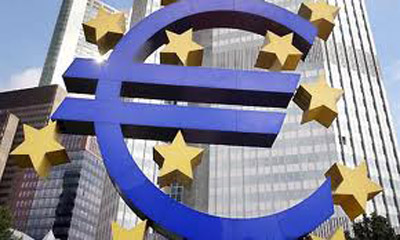 Governments and markets are anxiously waiting for Draghi’s words to know what the ECB plans to do. They might be deceived by the lukewarm message he is likely to deliver. Central bankers have a keen expertise in saying as little as possible. Greenspan was an outstanding master in playing that game. Draghi while following his path, still needs some training to develop a fully persuasive oratory laden with a string of hollow hints and tips. But don’t expect him to disclose any precise clue on what he is going to do.

You certainly need a lot of flair and experience to understanding what a central banker wants to tell you. But guessing in advance what Draghi might say seems an utterly preposterous task. Yet, you would be surprised how easy it is. Conjecturing he will not commit the ECB in undertaking any sovereign intervention based on objective criteria stands as a sure bet. There will be neither concrete targets nor a clear set of conditions for triggering debt buying. No unilateral pledge to pour unlimited resources in curbing speculative will be entered. Certainly not for free as Madrid and Rome once were led to dream.

Draghi is likely to stick to the policy he has already outlined. No ECB intervention without tough conditions. Any move should be subject to formal request for a rescue package aiming at redressing public finances and implementing a whole range of ambitious reforms. The ECB is eager to avoid any criticism it targets salvaging individual countries thus undermining overall discipline. It rather prefers to mask intervention under the respectful cover of a “saving the euro” drive. As fears the common currency might implode leads to an appalling mismatch in differentials, a “laissez faire” stance increases the chances that doomsday scenario may materialize. It sounds a trifle excuse until you wonder what would happen should Italy or Spain slide into bankruptcy. In such a light a robust pre-emptive intervention by the ECB seems fully justified.

How will the markets react to Frankfort no-news? It all depends on whether Draghi delivers his bulk message in an unambiguous way. In answering questions in the press-room he is bound to provide scarce details or clues. After all, the strength of a central bank lies in preserving the largest room of manoeuvre it can. Drawing red lines and boundaries would only soak its ammunition. On the other hand, going too far in commitments would undermine its command over monetary policy.

Should Draghi strike the right balance, his words could prove more valuable that any amount earmarked for intervention. What matters is the will to act, as money is ultimately printed at no cost.

Be the first to comment on "Wanna bet the ECB won’t disclose its plan?"