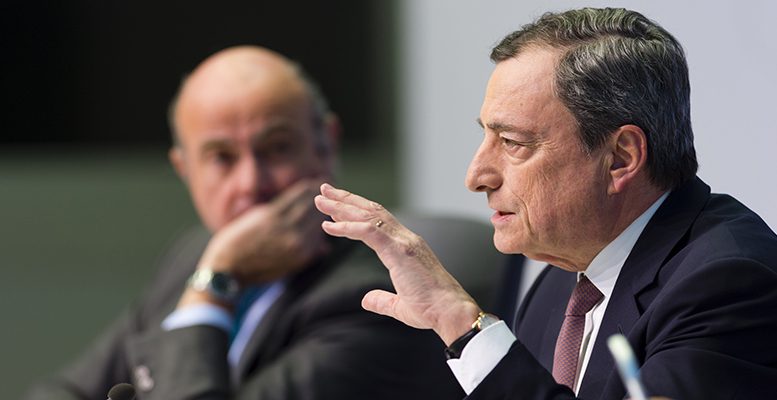 The ECB has surprised the markets by applying a dramatic shift to its monetary stance. It shelves the timid and wavering drive for normalisation, turning back to an unmitigated expansionary policy. On top of freezing any potential rate change until the year close, it will launch another targeted long-term set of quarterly liquidity injections to banking institutions from September onwards aimed at reinvigorating credit to enterprises and consumers. Furthermore, the ECB will continue to reinvest bonds coming to maturity under the huge asset-buying programme.

The deep slowdown of the European economy, coupled with alarming downward risks, justify such a far-reaching U-turn. Uncertainty flies high as trade tensions remain unabated wreaking havoc on key emerging countries and global stability. The US economy also shows a faltering mood its investment and job creation performance. It suffers from a marked loss in confidence since its administration waged an all-fronts commercial war.

While there are ample reasons for feeling deep concern over future developments, the ECB drastic move may backfire should it ignite widespread pessimism on economic prospects. Trying to pre-empt a dampening outlook from turning worse might feed a self-fulfilling prophecy. For, the current credit sluggish performance mainly stems from a subdued demand following dented business confidence. Nothing proves a liquidity glut could redress the situation should it turn truly nasty. The central bank balance sheet represents more than 40% of European GDP, a considerable amount of primary money. Yet, such colossal liquidity has failed to prevent the economy from slowing down sizeably.

No evidence supports the claim a credit crunch might unfold unless a severe external shock came to happen. Should it unleash its daunting effects, no one can anticipate the extent and nature of the damages it might inflict. The ECB undoubtedly pretends to undertake preventive action just in case matters go badly wrong. But pumping-in massive liquidity might prove inadequate for tackling a full-fledged downturn or facing a rampant recession. If China becomes harshly batted by a showdown in the current trade tug-of-war, the extra money will simply fail to prevent massive spill-over effects in Europe stemming from global disruption.

The ECB displays scarce munition and firepower for overcoming a severe shock. Reluctance to move up rates from close to zero levels prevents it now from holding this handy and useful weapon. It embarked too late in unconventional policies, proving unable to unravel them in a timely way. Now it finds itself trapped by the deeply-rooted tendency to trail behind the curve.

To make matters worse should an adverse scenario materialise, fiscal policy will bring little comfort. Its margins became relentlessly dented by the hike in indebtedness levels in the aftermath of the last global crisis. Even if income losses could shore up to some extent the immediate impact of a recessive bout, running huge deficits would exert a destabilising and uneven effect on public finances. The lack of risk-sharing schemes weighs down on Euro-zone resilience when subject to severe strain as record shows. Eventually, mutualising or monetising liabilities might stand as the only possible answer for addressing increased divergence and preventing the common currency from sheer collapse. Yet, it seems highly unlikely that bold steps in that direction will ever gather enough consensus. Entrusting once and again the ECB to find the emergency exit might fail this time should the outlook become briskly downgraded.