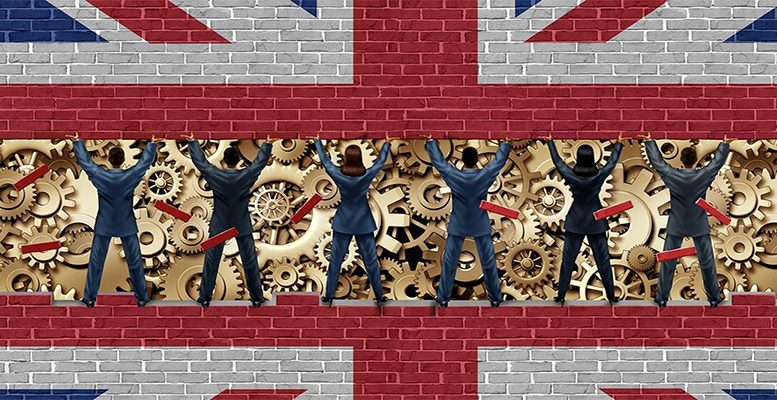 This week is billed as, yet another, crucial week in the Brexit process. Prime Minister May will yet again bring her withdrawal deal back to parliament. Despite last night´s last minute deal with the Commission o the Northern Ireland back-stop, Little has really has changed since she last presented it, and it is quite likely to be rejected again. Mrs May´s strategy remains as I previously described here: blackmail the Brexiteers with the threat of no Brexit, while she blackmails the Remainers and the EU with the chaos of a no-deal Brexit. It does not seem to be working on either flank.

The only way her deal looks like getting through may be with an agreement with Labour to support it in exchange for an agreement for a second referendum, which would decide between May’s deal or remain. But the time is not yet right for that. So the most likely outcome this week will be the rejection of Mrs May’s deal (if in the end she presents it) followed by parliamentary amendments taking no deal off the table and mandating the government to seek a delay to Brexit. Neither amendment actually resolves anything. They just push back the cliff edge a bit.

There is no need to discuss the mind-numbing incompetence and irresponsibility of the British Government. It has been evident since the referendum result in 2016 (indeed even before, when then PM Cameron called the referendum to resolve an internal party issue). However, less attention has been paid to the narrow-minded and overly-emotional response of the European Commission, which has seen Brexit more as a moral offence than an opportunity for the EU. Neither side has taken account of what has happened, and will happen, in the EU itself.

The European Union is already not a single Union. This is evident in the tensions and disagreements about foreign policy (which belie any rhetorical announcements about strengthening European common security). But it is clearest in relation to monetary union. The original idea was that all EU members, as they met the economic criteria, would enter the Euro. Only the UK and Denmark had opt-outs from automatic entry, and the European Commission was confident that in the end they too would see the error of their ways. Thus in the foreseeable future all members of the EU would be members of the Eurozone, and this would form the basis of further integration in economic and fiscal policy, as well as other policy areas.

It is not turned out that way. Following the economic and financial crisis, it is clear that there is a group of Eastern European countries that will never meet the economic criteria for Euro entry. Equally it is clear that there is another group of countries which do not want to enter the Euro, even if they do meet the criteria (Poland and Sweden, as well as Denmark). Given that Germany and other northern countries have no intention of bank-rolling the entry of the Eastern European countries, and thus risking another Greece, the EU looks set to be divided between Eurozone members and non-Euro countries on a permanent basis (or at least for the foreseeable future). The Commission seems to have given little thought as to how to manage this bifurcation of the EU. Given that the Central Banks of Denmark and Sweden have already been forced into currency wars with the ECB, the auguries are not good.

The priority for the Commission and the main EU powers (still France and Germany) will be to preserve the Eurozone. If the Eurozone breaks up, so does the EU. This will not be straightforward. None of the key reforms necessary to protect the Euro against future economic and financial crisis, for example banking or economic union, have been completed. France and German have radically different views on how to achieve them, while Italy only complicates the issue. Meanwhile, the ECB has had to renew radically expansionary monetary policy just to keep the show on the road.

To the extent that greater integration in economic and fiscal policy is possible within the Eurozone, this will only increase the gap between the Eurozone and non-Euro EU members. Given that further integration in other policy areas will find this gap difficult to leap, the gap is likely to grow only greater. The “optimistic scenario” for the EU may well be an evermore integrated Eurozone core, surrounded by an essentially inter-governmental periphery. The differences will centre on defence and security as much as economics. As the Northern and Eastern European concerns about Russia increase, Germany constructs the Nordstream II gas pipeline and France looks south. As a former Romanian foreign minister commented to me recently, Romania’s main concern about Brexit is that the UK was the only major EU power that took seriously their Russia concerns.

Which brings us back to the beginning. If only the British Eurosceptics had been paying attention to what was happening in Europe, they would have realised that they would soon have all they wanted without the anguish of Brexit. Likewise, if the European Commission could accept what is happening to its beloved European project, it would appreciate the advantages of the UK outside the EU, but it in a strong supportive relationship, especially among the periphery, leaving the Commission to get on with the more important task of preserving the Eurozone. A good agreement with the UK could also provide a model for the otherwise intractable problem of Turkey. As a former British diplomat the irony is delicious. For five hundred years British policy towards Europe was as an off-shore balancer, supporting the periphery against the centre. Plus ça change …