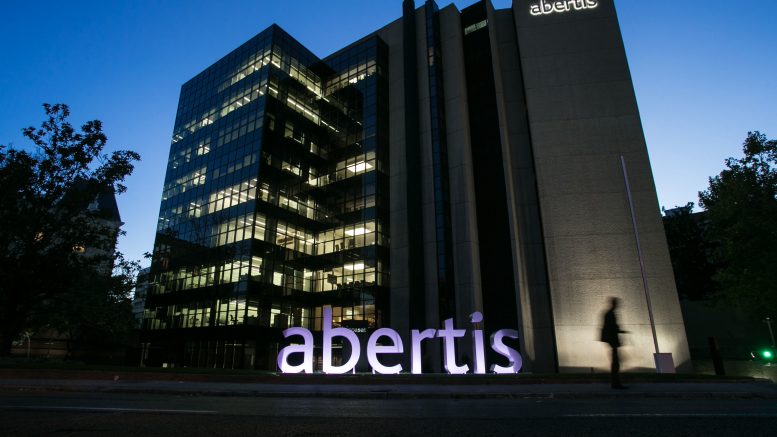 Abertis will pay an extraordinary dividend of approximately 10 billion euros, of which ACS will receive approximately 4 billion euros, and this will allow it, in turn to improve its dividends. Abertis has announced to its shareholders – Atlantia (50%), ACS (30%) and Hochtief (20%) – the distribution of an ordinary dividend between 2018 and 2020 of 2.675 billion euros (891.6 million euros per year). But in addition, the company will distribute this year a record extraordinary dividend of 9.963 billion euros. This dividend is the mechanism used by ACS and Atlantia to transfer to their holdings the debt generated in the acquisition. From March this year, after the shareholders’ general assembly in March where this payment will be approved, Abertis will consolidate a debt of around 25 billion euros, even though this operation will be accompanied by the announcement last week of an issue of 7 billion euros in bonds by Abertis between 2019 and 2020. In addition, Abertis presented a record accumulated net profit last year of 1.681 billion euros thanks to the capital gains from the sale of its participation in Cellnex.

“Abertis’ dividend policy means an internal re-ordering of the companies’ debt, but not a global restructuring of the group”, in opinion of experts at Bankinter.

In 2018, Atlantia and ACS already demonstrated their intention of distributing in dividends 90% of the profits attributable to Abertis and that therefore Abertis would become the dividend motor of the group. On the other hand, last week ACS announced that it was already going to propose a significant increase in the dividend this year (the company is currently presenting a pay-out of 50%). According to Bankinter’s calculations, the improvement in the dividend could be “substantial”:

Given that ACS is destining a total of 540 million euros per year to repayment to shareholders and therefore with that will destine 10% of close to the 4 billion euros which it will receive (both directly and via Hochtief), which could it increase its yield in this year from the current 4.4% to 7.6%. In any case, we consider that this profitability will a one-off event and so not cannot be extrapolated for future years.