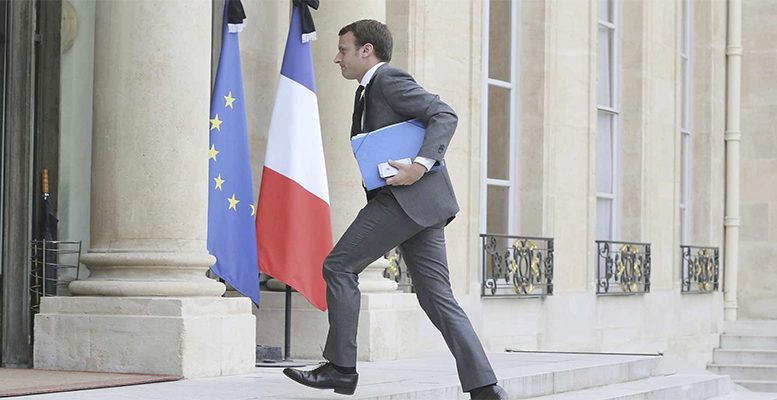 France’s new, more liberal regime could refuel the polemic yet again over the necessity or otherwise of the government having an investment portfolio as it does at the moment. As pointed by Carax-Alphavalue, this “holding” is valued at close to 80 billion euros. The list of companies includes 12 in which the government owns a stake through its sovereign fund (FSI), the French banking system or through various financial susidiaries (CDC and BPI). Pablo García, general manager at the house adds:

Our estimates highlight that between 50 and 60 billion euros could be sold off, including even EDF and Engie, although in the case of those two companies the current legal system would have to be modified. Any progress in this direction would be seen as a positive sign by the market, even despite the fact it wouldn’t help that much to reduce the country’s 2.2 trillion euros debt.

As a matter of fact, just a few weeks ago one of the state-owned companies which manage the government’s stakes, BPI France, announced the sale of 5.67% of the infrastructure and concessionary firm Eiffage.

Now there’s a story you can’t easily forget. At one time, Eiffage had to fend off a hostile takeover bid from Spain’s Sacyr. One of the most memorable cases in the market where the workers came to the company’s rescue. The French government’s role was very contradictory, as it was a shareholder in the company but also sat at the other end of the negotiating table when concessions were awarded. This is something which analysts at Alpha Value have often criticised. Let’s look at each case in turn:

EDF: If it hadn’t been for the support from the government, it would have been impossible for the French utility to find the necessary funding to continue with its business.  Its pensions plans, combined with the costs of dismantling its nuclear plants, would have been insurmountable burdens with its current cash flow structure. The government’s 84% stake guarantees its future and hides its disastrous finances. The progressive disposal of the stake which can be sold is the only viable way out.

CNP: The French life insurance company has the pecularity of not needing a distribution network, since its products are sold through its savings bank (Caisses d’Epargne) and its Treasury offices. The French firm is also present in Brazil, Italy and Spain. Pablo García points:

So we don’t see the need for the government to keep it under its holdings umbrella, making it one of the clearest divestment options.

ORANGE: This is another case where it doesn’t make sense for the government to own a 27% stake. Orange’s business is competitive enough to manage itself. In addition, there is the opposition which Brussels has always shown to any kind of state intervention in this area. For that reason, the stake in Orange could be also be sold without any problems. With a bit of luck it could also facilitate the consolidation of the French telecoms sector. We should remember that last year the operation between Orange and Bouygues’ subsidiary, Bouygues Telecom, was abandoned.

ENGIE: The former Gaz de France seems to have recovered some value since it started focusing on the renewable energy business and environmental services. But, in this case, the gas firm has its hands completely tied due to the law which obliges the State to control a third of its capital, in addition to the golden share. The most beneficial thing would be a change in the legislation, although we believe this is somewhat unrealistic given the few political benefits it would bring with it. For experts, although the golden share is prohibited in the EU:

Its seems that France has its own “golden share” in Brussels. But, apart from protecting local industry, what it does is make it inefficient and not very competitive.

AIRBUS: Another clear example of an easy and justified divestment. The management of the aerospace and defence equiment manufacturer has shown over the last few years how competent it has been. And it would be even more so without the presence of both the German and  French governments.

PARIS AIRPORT: The airport operator has a regulated business and the framework is imposed by the government itself. We don’t see the need for the State to remain there, and Vinci would in fact be a clear candidate for acquiring the stake. It currently has 10% of the voting rights of Paris Airport and has increased its portfolio of airport concessions in the last few years.

THALES: Heavy exposure to the defence sector means the government’s stake is something of a sensitive issue. But it’s been seen that keeping the golden share is sufficent to maintain the government’s interests in defence matters. Therefore analysts believe the new government should also sell the 27% stake it has in Thales.

PEUGEOT: It’s true that in its day, the government gave the company the financing it needed to sort out its different financial problems. But now we think the time has come to propose selling its 12.9% stake.

EUTELSAT: Another case where we don’t really understand the reason for the government’s stake. It might have made sense years ago, when the project emerged as an  inter-governmental operation, but not nowadays. The sector has developed a lot and become much more competitive. The State currently holds a 25.6% stake.

AIR FRANCE-KLM: The airline is the perfect example of how things can go from bad to worse when a government is not only a shareholder but also appoints the top executives. We need to add the open conflict it has with the trade unions. It’s become a matter of necessity and urgency for the goverment to get rid of its 17.6% stake in the airline.