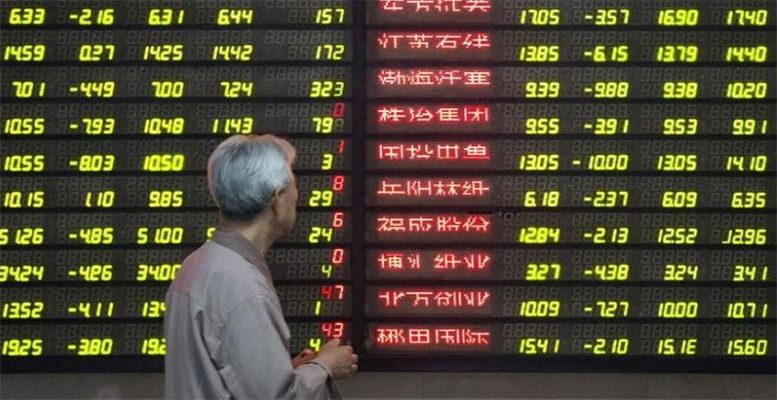 Caixin | After three years of rebuffs, China’s A-share market finally made it into MSCI Inc.’s global indexes. Here are some reactions to the breakthrough:

The American Chamber of Commerce, Shanghai

The inclusion of some China A-shares into MSCI’s Emerging Markets Index is another sign of China’s ongoing integration into the global financial system. We hope that the MSCI decision will spur domestic regulators to bring China’s stock markets in line with global norms and make the regulatory environment more predictable, improve transparency in the stock market listing process, and bring stronger rule of law to the wider securities industry.

This would mean not banning major stockholders from selling shares during periods of market turbulence, not suspending the trading of stocks outside the use of predetermined circuit breakers, and therefore not creating the conditions that lead to moral hazard.

The MSCI inclusion is small, but slightly higher than expected. China’s efforts on re-regulating stock trading suspension, the expansion of the (Stock) Connect scheme, and the relaxation of new product preapproval, as well as the support of the international investment community, have worked. As such, initial market reaction should be positive, especially toward the larger caps.

However, A-shares can be inscrutable, with a different trading environment that international fund managers will find it hard to adapt to. Over time, inclusion will likely lower A-shares’ valuation to the international level. The global trade leading indicator has peaked, portending moderating growth ahead. While the inclusion bodes well for large-cap blue chips, slowing growth suggests allocations toward these stocks, with or without the inclusion.

Though it won’t be implemented until June 2018, it is still quite a pleasant surprise for the A-share market. At the initial stage, 222 A-share stocks will be included with a total weight of 0.73%. The enhanced accessibility of the A-share market is a key reason behind the successful inclusion. The 2017-version proposal helped reduce resistance.

The inclusion should be a confidence booster for the A-share market, and could lead to up to $11.7 billion funds flow at the initial stage, which is negligible compared with the market cap of A-shares. However, potential fund flow for 25 stocks will likely be twice their daily turnover or higher. Among the top 10 names, there are three brokers.

Active investors may seek opportunities in the consumer, IT, and health care sectors. Stocks in these three sectors have been favorites of overseas investors (by way of QFII and Connect) over the past years. Many quality stocks in these sectors are very competitive compared with their global peers.

This has been a long-awaited decision, so it’s not entirely surprising. It will definitely now put Chinese companies on the map, these companies which were seen to be largely the domain of retail investors.

From a sentiment and symbolic perspective, it’s significant. But for those active investors who wanted to participate in this part of China’s economy, they’ve already done so.

The 0.7% inclusion, on an absolute level, doesn’t look that big. But the fact is, when you look at the availability of companies, the size of the market, even a small shift makes a significant difference. … A lot of them are in consumer and services sectors, which is what foreign investors find the most interesting part of China’s growth.

As we move ahead, as more details emerge, there will be more interest. … It’s making it easier for foreign investors to understand and have access to these companies. As things develop further, and we think the regulator will be working on that, it will definitely mean expanding the universe a bit.

The MSCI Inc. decision on China was not a big surprise to us. MSCI has recognized that a number of significant improvements have been made over the last 12 months, especially as far as accessibility is concerned. The Shenzhen Connect was launched six months ago and in relation to this launch, the aggregated quota was removed. Rules regarding stock suspension, which had been made both clearer and stricter, have been properly implemented. The requirement to get preapproval by local stock exchanges to issue A-shares products such as exchange-traded funds (because of the “anti-competitive clause”) has been loosened and is now considered as a minor nonblocking point by MSCI.

MSCI on its side also made some significant changes in its proposal. Focusing only on large capitalizations accessible via the Connect and automatically removing stocks that have been suspended for more than 50 consecutive days during the previous 12 months at each rebalancing, MSCI is reducing the eligible number of stocks from 448 to 222 stocks (versus the 169 initially suggested on March 23, as they decided to add dual-listed shares). The targeted initial weight of China A-share names in the MSCI Emerging Markets Index will be 0.73% a year from now versus 1.5% considered in the past. Reducing overlap with marginal weights and keeping the initial benchmark universe to a reasonable size to improve investability and ensure liquidity have been key to reach a positive decision.

Despite the fact that China has the second-largest equity market in the world by market capitalization, its A-shares were not represented in major global indexes. The gradual addition of China’s A-shares will align global index composition to better reflect the size and importance of the mainland economy to global markets. As such, overseas investors will gain automatic access to A-shares by investing in products that track the index.

To a certain extent, the inclusion of A-shares is a major step forward for Beijing as it attempts to liberalize its financial markets and internationalize the RMB (CNH, or offshore-traded RMB, will be used for index calculation). Similar to the RMB’s entry into the International Monetary Fund’s Special Drawing Rights basket, however, the short-term impact of the MSCI inclusion on capital inflows will be more symbolic than substantive.